Dubai: The UAE’s “World’s Coolest Winter” campaign concluded with Dh1 billion in revenues and attraction of 950,000 domestic tourists within a month His Highness Shaikh Mohammed bin Rashid Al Maktoum, Vice-President and Prime Minister of the UAE and Ruler of Dubai, took to his Twitter account announcing the resounding suc-cessful conclusion of the campaign and promising a bigger and inclusive campaign next winter.

The World’s Coolest Winter, the UAE’s first federal domestic tourism campaign, con-cluded on January 25 with record success. The 45-day campaign was launched on December 12, 2020, as part of the newly-launched UAE Strategy for Domestic Tourism, to encourage residents and citizens to explore the country’s hidden gems and promot-ed the features that distinguish each of the seven emirates.

Sheikh Mohammed tweeted, “We concluded #WorldsCoolestWinter campaign to pro-mote domestic tourism. The campaign attracted 950,000 domestic tourists and Dh1 bil-lion in revenue within one month. Over 2,000 media reports and 215 million views on videos that captured the UAE’s beauty and the impact of teamwork.” He added, “Next winter, we will launch a bigger and better campaign on December 15, 2021 as the world begins to recover from the pandemic. Thanks to the Ministry of Economy, the UAE Government Media Office and local tourism entities for the successful domestic campaign.”

The “Emirates Tourism” app was also launched to guide domestic and international tourists to over 600 hotspots across the emirates and feature over 275 exclusive deals in hotels, restaurants and other tourist attractions worth Dh72,000 for every user.

His Excellency Mohammad Al Gergawi, Minister of Cabinet Affairs, said, “World’s Cool-est Winter campaign marked the beginning of a solid collaboration among federal and local tourism entities that succeeded in bringing people together, citizens and residents, to discover the UAE’s hidden gems, especially after a critical time that created physical distance.” He added, “The campaign did not only drive domestic tourism and help people create memories, it also revealed promising talents in photography and videography and highlighted the breathtaking nature of the UAE that the world knows little about. The overwhelming response to the campaign helped frame the UAE in a new light, and we look forward to bigger campaigns in the future to support the local economy.”

The campaign’s creative initiatives and events were featured in 2,000 media reports that reached over 20 million people across the world and new major landmarks have been launched during the campaign including the Roman-style Khorfakkan Amphitheatre and Rumailah Farm in Fujairah, while Ajman Museum reopened in a new form.

Dr. Ahmed Belhoul Al Falasi, Minister of State for Entrepreneurship and SMEs, noted that the campaign helped raise hotel occupancy across the UAE by 17 per cent as com-pared to last year, increasing the average hotel room price to Dh450 per night. He said the rise in hotel occupancy within only one month is the biggest indicator of the cam-paign’s massive success. Al Falasi said, “World’s Coolest Winter has truly captured the values of the UAE as it united people from over 190 nationalities towards exploring the country. It revealed the tolerance and harmony that people live by in the UAE, a country that combines rich culture and heritage with high quality of life and modernity.”

In a collaboration between Du and the UAE Government Media Office, #WorldsCool-estWinterChallenge was launched on Twitter and Instagram to encourage the public to share creative images and videos of their outdoor experiences in UAE for chances to win big. Du has rewarded individuals who best captured the charm of touristic, natural and cultural landmarks across the UAE with weekly prizes that reached Dh50,000 in the challenge that ran from December 15, 2020 – January 25, 2021.

In an exclusive docuseries, American actor and host Steve Harvey embarked on a journey across the UAE to experience life as a citizen. The 6-episode docuseries titled ‘When Steve meets East’ saw the internationally-acclaimed host highlighting the UAE in a new light, revealing its hidden gems and rich culture, nature and heritage. Each episode of 3-4 minutes long highlighted the captivating experience that UAE offers during the winter season, garnering millions of views on social media. 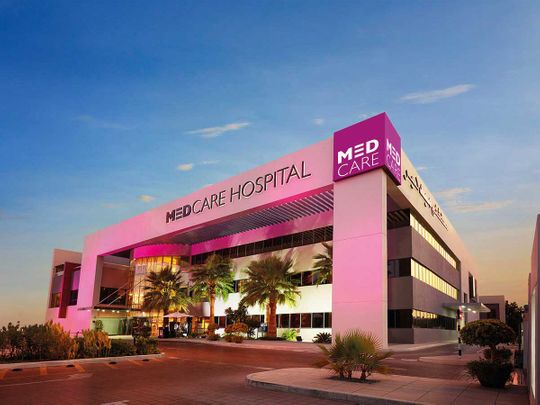 Medcare: Guide yourself to healthier habits and slow down diabetes