President Joe Biden is scheduled to sign an Executive Order today to support America’s industrial sector and its local workers. The president will mandate that purchases made by the federal government with an annual budget of around $ 600,000 million be for goods made in the United States, and not merely assembled in the country but with components (at least in a percentage) made in the country.

The Order is part of a series of measures to protect industry and the country’s middle class and includes specific support for the Jones Act, a 1920 legislation that is responsible for the high prices that Puerto Rico pays for everything that comes to the island in a boat.

The Jones Act requires that ships that transport goods and passengers between two ports in the country must be built in the US, are majority owned by American citizens, and are manned by Americans who sail under the stars and stripes flag.

For the inhabitants of Puerto Rico, and those of islands such as Hawaii, the impact of this legislation is enormous because it eliminates global competition for the transport of goods that is mainly maritime and as a result, products that are for regular use become very expensive. Prices are higher than in Florida, Texas or other Caribbean islands.

The intention of the law was to protect the American shipping industry, which despite everything is not more competitive than the Asian industry for example.

Despite the strong negative impact on Puerto Rico, the new Administration maintains its support for a law that was temporarily suspended by the previous presidency after Hurricane María but which was not extended after its expiration in October 2017.

Administration officials reiterated their vision that the economy is in a “precarious” moment and that this is an action that is taken to bet on the country’s industry, higher wages, the middle class that is now at risk and development environmental.

Federal law requires the Government and its agencies to give preference to American companies when making contracts but this has not always happened and since 1954 the requirements have not been updated. Now, Biden, with the Executive Order, sues agencies to close all loopholes when it comes to measuring domestic content in a product and raises the threshold for the percentage of American-made components that a product needs to be considered as such. .

The agencies and departments will present a report on the implementation of these policies, and will make recommendations to advance and ensure that the objectives are met.

The Administration acknowledges that Trump took measures to protect the industry but explains that they have not had any results.

COVID-19: People with antibodies ‘ARE protected against reinfection’ 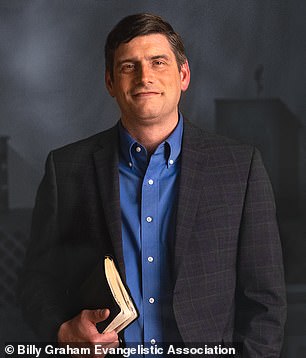 Who will be the last people to receive the second stimulus check, if the signing of the stimulus package law is advanced | The State