JonBenét Ramsey’s half brother is speaking out about the pageant queen’s murder in a new 20/20 TV special.

Six-year-old JonBenét was found dead inside the basement of her parent’s palatial home in Boulder, Colorado back in 1996, and the case captivated the world.

Almost a generation later, the murder remains unsolved, but the new two-hour 20/20 special – airing this Friday night on ABC – sheds new light on the case, which continues to fascinate Americans to this day.

JonBenét’s wealthy parents, John and Pasty, were considered prime suspects in the initial stages of the investigation, but the pair protested their innocence.

JonBenét’s older half-brother, John Andrew, was 20 years old at the time and was not living at the home.

However, the now 45-year-old – who was one of three children from John Ramsey’s first marriage – steadfastly believes that his dad and step-mom had nothing to do with the death.

John Andrew also believes his half-brother, Burke, who was living at the Ramsey residence, is innocent of the crime.  Some suspected that Burke may have killed JonBenét before their parents covered it up.

John Andrew was a supporter of Lou Smit, a former homicide detective who was brought out of retirement to investigate the murder of the child beauty queen.

Smit was initially hired by the prosecution but quit the case when his investigation convinced him that an outside intruder was responsible for JonBenét’s murder.

Six-year-old JonBenét was found dead inside the basement of her parent’s palatial home in Boulder, Colorado back in 1996, and the case captivated the world 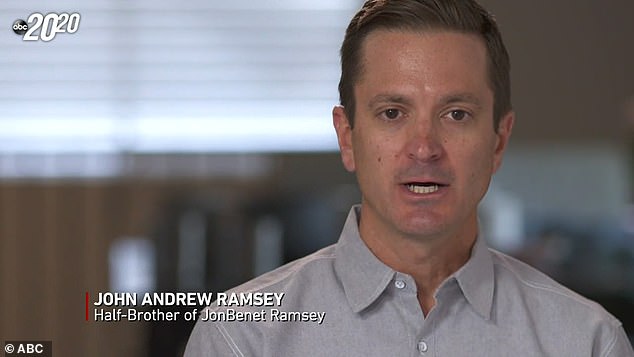 JonBenét Ramsey’s half brother is speaking out about the pageant queen’s murder in the 20/20 TV special, blasting cops for pointing the finger at his family 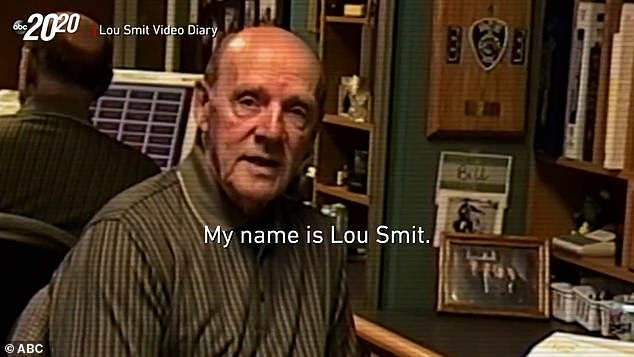 Lou Smit was initially hired by the prosecution but quit the case when his investigation convinced him that an outside intruder was responsible for JonBenét’s murder.

‘Lou Smit was a legendary detective,’ John Andrew states in a preview of the 20/20 special, obtained exclusively by DailyMail.com.

Smit quit the case in 1998, but went on to work for the Ramsey family to help establish their innocence.

He made comprehensive video diaries detailing his investigation – some of which will air for the first time on 20/20.

‘The evidence he collected over the years is a virtual encyclopedia of the case,’ ABC News Legal Analyst Jami Lloyd states in the 20/20 preview clip. JonBenét’s wealthy parents, John and Pasty, were considered prime suspects in the initial stages of the investigation, but the pair protested their innocence. They are pictured in 1997 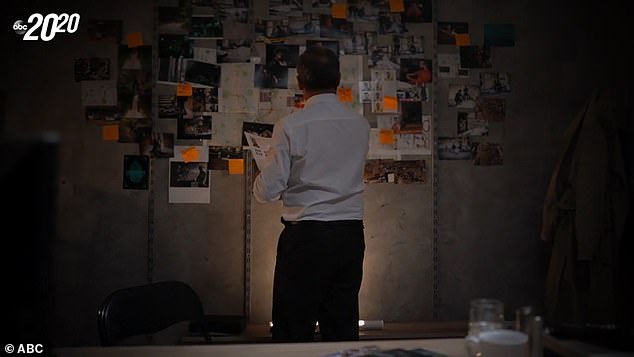 ‘The evidence he collected over the years is a virtual encyclopedia of the case’: Lou Smit worked on the case for more than a decade, and did not believe JonBenét’s parents were guilty of murder

Tragically, Smit passed away in 2010, before he could uncover the killer. However, he handed a list of potential suspects to his family who are continuing on with the investigation.

John Andrew believes that Smit’s work, combined with advancement in DNA technology, will finally bring the murderer to light.

‘I think it is really important for people to understand that this case can be solved. We will find this killer,’ he triumphantly declares during the 20/20 special.

One expert states during the program: ‘DNA technology is evolving constantly, so we are in a better position today than we’ve ever been to solve the JonBenét’ case.’ JonBenét was found dead in the basement of her parents home on Christmas Day 1996; the case has not been solved and continues to captivate the world

The body of JonBenet was found bludgeoned and strangled in her basement hours after she was reported missing on Christmas morning.

She was covered by a white blanket with a nylon cord around her neck, her wrists bound above her head and her mouth covered by duct tape.

John and Patsy had called police to report her kidnapping and said they found a note demanding a ransom of $118,000 for her safe return, which instructed them not to contact the authorities.

Despite this, police arrived to their home shortly after in clearly marked vehicles.

John and Patsy would remain the primary suspects in their daughter’s death for more than a decade, and it was not until 2008 that police finally cleared them of any wrongdoing.

Patsy was suspected by members of the public of being the murderer after reports emerged that handwriting on the ransom note was similar to her own, but after she willingly provided a sample to police it was determined she did not write the note.

Many also suspected someone in the family, as they claimed there were no footprints in the snow around the house.

Several years ago, CBS aired The Case Of: JonBenet Ramsey, which concluded with investigators revealing that after extensive research into the events that happened on the night of the murder they believed Burke Ramsey was responsible for killing his sister.

Burke sued the network and settled that case after demanding damages of $750million.

Patsy Ramsey tragically passed away in 2006. This is the well known photograph of JonBenét Ramsey was taken in 1995, the year before her murder The Ramsey family home (above) where JonBenét’s body was discovered on December 25, 1996 What could delay your $ 600 stimulus check? | The State