South Korea has demanded the release of a tanker that was seized by Iran on Monday in the latest Gulf stand-off pitting Tehran against America and its allies.

Seoul said it had dispatched an anti-piracy unit to the sensitive waters near the Strait of Hormuz after the Korean-flagged Hankuk Chemi and its crew of 20 were captured by Iran’s Revolutionary Guards.

Iran said the ship was seized for ‘repeated infringement of maritime environmental laws’, but it comes amid Iranian demands for South Korea to release $7billion in assets that were frozen because of US sanctions.

The head of Iran’s central bank said recently that Tehran wanted to use funds tied up in a South Korean bank to buy coronavirus vaccines for its 83million population.

But an Iranian government spokesman today rejected claims that the seizure amounted to hostage-taking, claiming it was South Korea that was holding $7billion ‘hostage’.

‘We’ve become used to such allegations… but if there is any hostage-taking, it is Korea’s government that is holding $7 billion which belongs to us hostage on baseless grounds,’ spokesman Ali Rabiei told reporters.

The US last night called the seizure ‘part of a clear attempt to extort the international community’ and joined South Korea’s demand for the tanker to be released.

It comes amid high tensions in the Middle East one year on from the US drone strike that killed Iranian general Qassem Soleimani, leaving the foes on the brink of war.

Under escort: The South Korean-flagged tanker Hankuk Chemi is escorted by Iranian Revolutionary Guard Corps boats in the Gulf on Monday View from the bridge: A Revolutionary Guards boat, circled right, is seen in CCTV footage taken from the Hankuk Chemi, as watched from South Korea by owner DM Shipping

The US has already reversed a decision to bring the aircraft carrier USS Nimitz home from the Gulf, blaming ‘recent threats’ emanating from Iran.

To add to the tensions, Iran said on Monday it had started the process to enrich uranium to 20 per cent purity, a short technical step away from the weapons-grade level of 90 per cent.

Iran is hoping that Joe Biden will ease sanctions on Iran after he takes office on January 20, but there are fears that tensions could still boil over before then.

Vipin Narang, an expert on nuclear strategy at the Massachusetts Institute of Technology, warned that Donald Trump was sending signals of ‘total chaos’.

‘If I were Iran right now, I would actually be thinking that it’s possible that Trump is so unhinged and so angry about the election that he may overreact to any slight provocation,’ Narang said.

Trump had warned that he would hold Iran accountable for the killings of any Americans after the US embassy in Baghdad was hit by rockets a week ago.

But Sunday’s anniversary of the Soleimani drone strike passed without violence, despite angry demonstrations and Tehran’s calls for vengeance.

The seizure of the South Korean vessel came days before Seoul’s deputy foreign minister was due to visit the Islamic republic.

Iran’s Revolutionary Guards said the ship carrying 7,200 tonnes of chemical products was manned by a crew from South Korea, Indonesia, Vietnam and Myanmar. The tanker was seized near the sensitive Strait of Hormuz (as shown on the map), as Iran announced that it was resuming uranium enrichment to 20 per cent The Guards did not specify where the tanker was seized but said it was transferred to Bandar Abbas port in Hormozgan with the ‘case handed to judicial authorities’.

Pictures released by the Guards appeared to show three speedboats and a patrol boat approaching the tanker.

Iranian foreign ministry spokesman Saeed Khatibzadeh claimed that the tanker’s seizure was over a ‘purely technical issue and due to polluting the sea’.

‘Just like other countries, Iran is sensitive towards such infractions, especially polluting the maritime environment,’ he said.

Shortly before news of the ship’s seizure, Khatibzadeh had complained at a press conference about the ‘slow’ process of unfreezing funds from Iranian oil sales, blocked by Seoul over fears of violating US sanctions.

Trump re-imposed tough sanctions on Iran after abandoning the nuclear deal that Barack Obama had struck with Tehran and other world powers in 2015.

Last night the foreign ministry in Seoul said it had confirmed the safety of the crew and was now demanding that the vessel be released.

The country’s defence ministry said it had dispatched its anti-piracy Cheonghae unit to waters near the Strait of Hormuz. The latest tensions in the Gulf come after the January 3 anniversary of the US drone strike that killed Iranian general Qassem Soleimani (pictured, demonstrators in Baghdad where he died)

In Washington, a State Department spokesperson called the seizure of the ship ‘part of a clear attempt to extort the international community into relieving the pressure of sanctions’.

‘We join the Republic of Korea’s call for Iran to immediately release the tanker,’ said the spokesperson.

The incident was the first seizure of a major vessel by the Iranian navy in more than a year.

In July 2019, the Guards seized the British-flagged oil tanker Stena Impero in the sensitive Strait of Hormuz for allegedly ramming a fishing boat and released it two months later.

It was widely seen as a tit-for-tat move after Gibraltar detained an Iranian tanker which was suspected of violating EU sanctions against Syria.

The Guards seized at least six other ships in 2019 over alleged fuel smuggling, while other tankers were hit by mysterious explosions that were blamed on Iran.

The US said it had found fragments of a limpet mine on one vessel attacked in the Gulf of Oman which were ‘strikingly’ similar to those seen in Iranian military parades.

Last week, sailors discovered a limpet mine stuck on a tanker off the coast of Iraq, near the Iranian border, as it prepared to transfer fuel to another vessel.

The incidents have raised fears over the safety of oil supplies in the Strait of Hormuz – a chokepoint through which a fifth of world oil output passes.

Timeline: Flashpoints in Gulf waters amid tensions between US and Iran

May 5, 2019: The US says it is sending the USS Abraham Lincoln carrier group and a bomber task force to the Middle East amid ‘troubling and escalatory indications and warnings’ coming from Iran.

May 12, 2019: Two Saudi oil tankers and two other ships are damaged in mysterious ‘sabotage attacks’ off the coast of the UAE, days after Donald Trump announced new sanctions against Iran.

A UAE investigation later says an unidentified state was likely behind the attacks, stopping short of directly blaming Iran.

June 13, 2019: Two more tankers, Norwegian and Japanese, come under attack in the Gulf of Oman.

The US military accuses Iran’s Revolutionary Guards of targeting the ships with limpet mines. Tehran denies this.

July 4, 2019: The Iranian tanker Grace 1 is seized off Gibraltar for allegedly taking oil to Syria in defiance of EU sanctions. Iran claims that Washington ordered Britain to seize the vessel.

July 19, 2019: Iran seizes a British-flagged tanker, the Stena Impero, in what is widely seen as retaliation for the Gibraltar incident – although Iran claims it was due to maritime technicalities. Britain later beefs up its naval presence in the region.

January 4, 2020: Two British warships are ordered to escort UK-flagged ships through the Strait of Hormuz amid high tensions following the US drone strike that killed Iranian general Qassem Soleimani.

April 23, 2020: Revolutionary Guards chief Hossein Salami says he has ordered Tehran’s naval forces to destroy any US warships that threaten the ‘security’ of Iranian vessels, after Trump said he had told the US Navy to fire on any Iranian ships that harass it at sea.

January 4, 2021: Iran seizes a South Korean-flagged tanker in the Gulf, the first such seizure in more than a year.

It comes amid Iranian pressure on Seoul to release $7billion in Iranian oil funds that are frozen because of US sanctions. 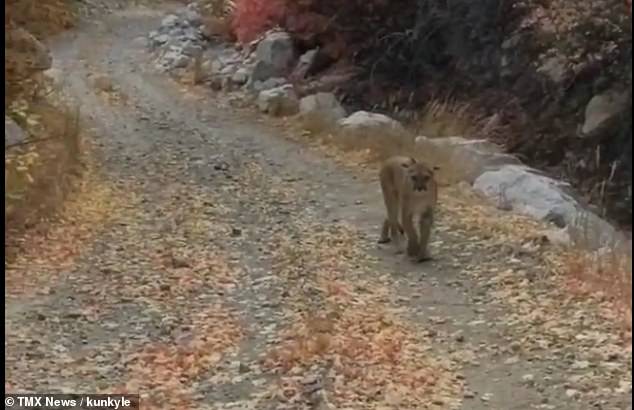 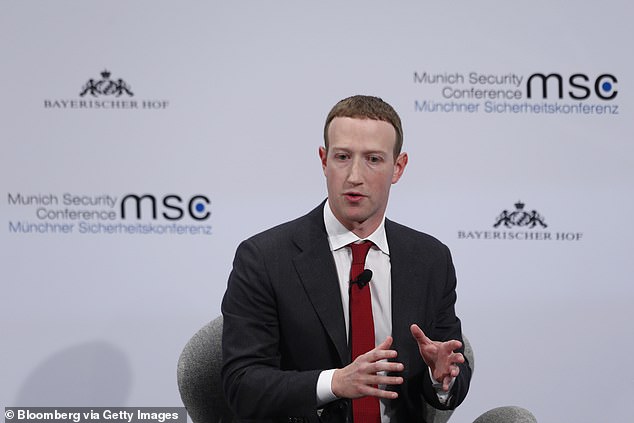 How the emotional diet works to lose weight | The NY Journal