A retired US Marine has shared the extraordinary story of how he travelled from New York to Vietnam during the Vietnam War to deliver beers to friends serving in the US Army.

John ‘Chick’ Donohue, now 79, set off by boat on his 8,000-mile, four-month journey in November 1967. At the time he was 26 years old and had already served four years in the US Marine Corps.

Writing in his book, The Greatest Beer Run Ever: A Crazy Adventure In a Crazy War, Donohue explains he had wanted to bring cheer to US soldiers serving in Vietnam, particularly in light of the growing strength of the anti-war movement.

Donohue tells how his journey led him to be caught in the middle of one of the Vietnam War’s fiercest campaigns, the Tet Offensive, and how he was held at gunpoint by US troops suspicious of his presence in Vietnam.

The book is set to be adapted into a movie, starring Dylan O’Brien of Teen Wolf fame.

John ‘Chick’ Donohue, 79, recounted how he travelled 8,000 miles from New York City to Qui Nhon by boat just to deliver beer to his friends who were serving in the Vietnam War (pictured in 1967 on his trip to Vietnam) Donohue, pictured with another soldier during his trip to Vietnam between 1967 and 1968 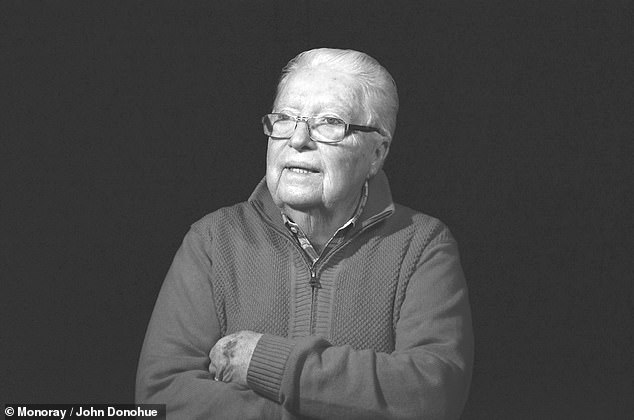 Retired Marine Donohue, pictured now, said the experience he had in Vietnam change how he viewed the conflict, and made him more sympathetic of anti-war protesters

Setting off for Vietnam by boat, Donohue was armed with only beer, socks and a razor, as well as documents identifying him as a US Marine.

He made the decision not to tell his mother about his destination.

‘I didn’t dare mention Vietnam. I had made last-minute dockside calls to her before, but this was different: for the first time, I was scared,’ he writes.

‘When I had been to Vietnam before as a mariner, I hadn’t ventured much out of port and into the interior. This time, I would, and I didn’t know what I would find.’

The journey was made all the more difficult because Donohue had only a vague idea of where the 12 friends he wanted to find were based. Donohue, pictured, recounted his adventure in his memoirs The Greatest Beer Run Ever

He encountered high-ranking Army officers who were suspicious of him and believed he was a CIA agent sent to infiltrate local Vietnamese communities and turn them against the communists. Meanwhile troops were confused as to why he would volunteer to travel to such a notoriously dangerous war zone.

However Donohue did not escape the action completely. He recounts being caught in the middle of an overnight ambush attempt by the Viet Cong while he was with his friend Rick – one of the recipients of the beers.

‘The NVA [North Vietnam Army] started firing machine guns. Our guys returned fire. I kept really low in that hootch and I was getting ready to tun across that field. The firefight went on and on,’ he writes.

After the night went quiet again, Donohue shared his thoughts: ‘I have to admit, I was shaken.

‘Everybody was up and on alert for the rest of the night, no doubt, praying for daybreak. Finally, dawn came and Rick and his squad headed out with rifles drawn on the jungle.

‘After a few minutes, they returned and picked me up. I don’t know what they saw out there, but we ambled back inside the base perimeter in silence.’ Two US soldiers stationed in Vietnam during the war, which lasted from 1955 to 1975 and saw an estimated 365,000 South Vietnamese civilians die

Later, moments before he was due to leave Vietnam, Donohue became caught up in the Tet Offensive.

The offensive took place in the early hours of Vietnamese New Years Day on January 30 1968. It started with a series of surprise attacks by the North Vietnamese guerilla, who tried to overtake several US outposts in South Vietnam, including the US embassy.

What happened during the 1968 Tet Offensive?

The Tet Offensive is the name given to a series of Vietnamese attacks against the US starting from January 30 to September 1968 during the Vietnam War.

It was seen as a major escalation of the Vietnam War and one of the largest campaigns of the conflict.

The offensive was directed by the Viet Cong and the North Vietnamese People’s Army of Vietnam against the South Vietnamese Army of the Republic of Vietnam, the US forces and their allies.

In a string of surprise attacks, the Viet Cong and North Vietnamese forces tried to overrun several outposts in South Vietnam, including the newly fortified US Embassy.

North Vietnamese leader Ho Chi Minh had hoped the attacks would lead to a popular arising in South Vietnam but it didn’t happen.

The US and South Vietnamese forces were stunned by the attacks, but quickly recovered and struck back.

It is estimated that 14,000 civilians were killed, and 24,000 wounded during the offensive.

The Offensive, named Tet after the Vietnam word for New Year’s, lasted from January 30 to September

Donohue, who still considered a civilian was in Saigon at the time where he hoped to visit the Embassy, he had a front row seat to the attacks.

In the aftermaths of the first series of attacks, he reflected on what the Viet Cong had been trying to achieve.

‘I looked at the bodies lying on the ground and wondered how could they have thought for a second that they would succeed in overtaking and holding the US embassy. And, of course, they didn’t. They had to know they were going to be killed,’ he writes.

‘There was no way they could stay there; the next day, the whole place would be exactly as it was before. But they would be dead. It was dumb dedication, I thought.

‘But if, to them, success was getting in there and sounding a wakeup call back in the States, well, they had succeeded.

‘The American public was shocked that our new, fortified embassy and all of Saigon – the capital of South Vietnam – had been overrun by the North Vietnamese and the Vietcong during the Tet offensive.’

Donohue was conspicuous in the middle of the action and at one point found himself being held at gunpoint by US Marines at an Air Force base.

‘Truthfully, I wasn’t sure he wouldn’t shoot me,’ he writes. ‘After all, he was a marine. His orders were to stop any civilians trying to enter the airfield. and he was taking those orders literally.

‘He ordered the other marine, a private,to follow me with his M16 pointed at me all the way to the tent, as if I were a prisoner.’

In the spring of 1968, Donohue returned to New York. The journey had changed the way he saw the war – and the anti-war movement. Donohue’s friend Ricky Duggan, left, and one of his fellow soldiers during the Vietnam War. Both men could not believe Donohue had traveled all this way to deliver them beer Donohue during his time serving in the army, before he made the trip to Vietnam in 1967

‘Gradually, I began to see that the protesters, however disrespectfully, were at least trying to stop this madness,’ he wrote.

‘They weren’t acknowledging that so many young men were doing that they truly believed was their duty, to their country, their family, their neighborhood.

‘They weren’t acknowledging that the soldiers were patriots, that they were heroes. We, in turn, didn’t see at the time that the protesters loved our country, too.

‘What they didn’t like was our leadership. They were trying to stop more boys from being killed for somebody else’s legacy. After what I’d witnessed on my journey, I could definitely agree with that. ‘

The Greatest Beer Run Ever: A Crazy Adventure in a Crazy War by John Donohue published by Monoray, is out for purchase. 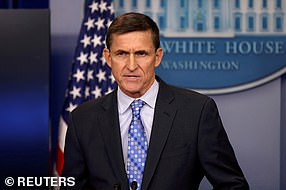