There appears to be a competitive nationalism over development of coronavirus vaccine, which may be available to the public by December this year. However, it may take many more months before it is easily available to everybody.

n all probability, a novel coronavirus vaccine will be the fastest developed vaccine in history when it is finally registered for public use. The fastest vaccine developed till date has been for mumps. It was developed in four years.

Russia, China, the US, the UK and also India are in race to develop indigenous coronavirus vaccines, and are trying to do it faster than others.

Russian President Vladimir Putin announced the “world’s first” coronavirus vaccine on August 11. The rest of the world, however, did not seem impressed. The vaccine development claim was shrouded in mystery due to lack of transparency of trial data.

Four days later, Prime Minister Narendra Modi in his Independence Day speech said, “Three vaccines are in different stages of testing. When scientists give the go-ahead, we are ready with a plan for production. How the vaccine will reach every Indian in the least amount of time — we have a roadmap ready for that.”

The three Indian vaccine candidates are being developed or are in testing; these include those by Bharat Biotech International, Zydus Cadila, and Serum Institute of India.

A 103-year-old Covid-19 patient being discharged from a hospital in Kochi earlier this month. (Photo: PTI)

The vaccine candidates being developed by Bharat Biotech, in collaboration with the Indian Council of Medical Research (ICMR), and Zydus Cadila are in human clinical trials in phase-I and II simultaneously.

The Serum Institute, on the other hand, is set to begin phase-II and III human clinical trials of a vaccine candidate developed by Oxford University. The Pune-based institute has partnered with AstraZeneca for manufacturing the vaccine.

This vaccine candidate has generated the maximum interest. More than 50,000 people across many countries will get dosed during different phases of trials. If the final phase trial ends in success, the vaccine’s registration with regulatory agencies is likely to be done by the end of this year.

Firms that have signed contracts for production of this vaccine are likely to begin production earlier. By the end of the year, this vaccine may be available to the aam aadmi.

Another vaccine candidate is being developed by the American firm Moderna, which began testing as early as July. This vaccine is in the final phase of its international trial, in which around 30,000 people are participating.

US President Donald Trump has called Moderna’s vaccine candidate the fastest vaccine project. It is also likely to be ready by the end of this year.

A man showing ‘Not Covid Positive’ certificate at the Anand Vihar railway station in New Delhi before boarding a train. (Photo: PTI)

Then there is a Chinese vaccine candidate, being developed by pharmaceutical firm Sinovac. It is only the third vaccine candidate to have reached final phase of trial, which is being conducted in Brazil involving around 9,000 volunteers.

With growing understanding that a credible coronavirus vaccine would be available by the end of this year, the debate is now shifting to who should get the vaccine first.

This is a key question given that no production facility can produce over 7 billion doses at once and transport it to the remotest corners of the world. The process is likely to take many months during which coronavirus will keep infecting new individuals.

It is estimated that at least 60-70 per cent people need to be vaccinated to stop the transmission of the coronavirus. This means that those considered more vulnerable to the coronavirus would be administered the vaccine first.

Such people include the frontline health professionals, the aged population, people with existing co-morbidities and then the healthier ones including children. This process is not likely to complete earlier than the middle of the next year. 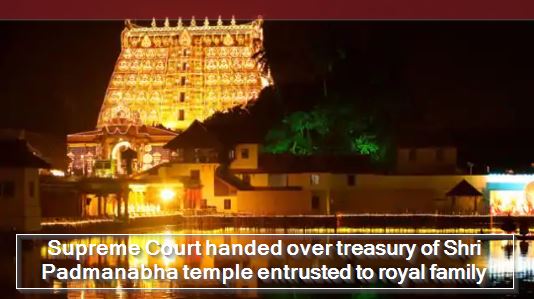