New Delhi: By his own admission, Mandeep Mehra, a celebrated US-based heart specialist, was eager to make a contribution to the flurry of research underway to resolve one of the biggest medical crises mankind has faced in decades.

Instead, he ended up stoking one of the biggest medical research scandals in recent years. Mehra is one-half of an Indian-origin duo now courting the infamy of having had two pieces of research withdrawn within an hour of each other.

The other half of this twosome is Sapan Desai, a US-based vascular surgeon who also founded Surgispere, a little-known.

The two are the common denominators in as many studies that have come under the lens for data that has been described as dodgy. Both were published in reputed peer-reviewed journals.

One of them, carried by the former, made headlines worldwide with its alarming conclusion that hydroxychloroquine (HCQ), an antimalarial drug being explored as a treatment for Covid-19, was linked to higher mortality among patients in a study involving 96,000 subjects.

The study was peer-reviewed and seemed credible on account of the vast pool of subjects. It led the World Health Organization (WHO) to pause the HCQ arm of its giant Solidarity trial, which is aimed at finding an effective treatment for Covid-19 (the decision has been reversed), but soon there were questions. Lots of them.

Before long, the questions took the form of a surge of scepticism, and the conclusions of the study seemed increasingly to be on weak footing.

With the researchers struggling to answer the doubts, the study was finally withdrawn at the behest of three of its four authors. Another study based on data from the same source, Desai’s Surgisphere, and carried out by Mehra, among others, met the same fate.

Desai, for whom the controversy is but the latest in a series, had defended his data-collection methods in the days before the studies were withdrawn, but has maintained silence since. Mehra, however, has offered an unqualified apology.

“It is now clear to me that in my hope to contribute this research during a time of great need, I did not do enough to ensure that the data source was appropriate for this use,” he said in a statement emailed to ThePrint by his spokesperson. “For that, and for all the disruptions – both directly and indirectly – I am truly sorry.”

Apart from Desai and Mehra, The Lancet study was authored by Frank Ruschitzka of the University Heart Center, University Hospital, Switzerland, and Amit N. Patel of the Department of Biomedical Engineering, University of Utah, and HCA Research Institute, US, another researcher of Indian origin.

Authors of The New England Journal of Medicine study, which tapped data from Surgisphere to look into the effect of blood pressure medication on Covid-19 cases, also included SreyRam Kuy of Baylor College of Medicine, Texas, Timothy D. Henry of Christ Hospital, Ohio, and Patel.

On Wednesday, The Lancet and the NEJM published an “expression of concern” regarding the two studies. This came after more than a hundred scientists, in an open letter to The Lancet’s editor, questioned the veracity of the HCQ study by raising questions about the data used.

As the controversy peaked, the three other authors of the study asked Surgisphere for a re-analysis and also employed an independent auditor, Mehra said in his statement.

“On June 3, (the auditors) informed us that Surgisphere would not be able to transfer the data required to conduct this audit ‘because of agreements with its clients and the fact that the documents contain confidential information’,” he added.

After being unable to verify the data, Mehra asked both journals to retract the studies.

From Maharashtra to Massachusetts

Mandeep R. Mehra’s renown precedes him. An alumnus of the 1983 batch of the Mahatma Gandhi Institute of Medical Sciences in Sevagram, Maharashtra, he is currently a professor at Harvard Medical School and serves as medical director at Brigham and Women’s Hospital Heart and Vascular Center in Boston, US.

His academic specialty is advanced heart failure, mechanical circulatory support and cardiac transplantation, a field where he is credited with over 400 research publications.

He completed his residency in internal medicine at Mount Carmel Medical Centre in Columbus, Ohio, following which he moved to New Orleans, the culture and party paradise, where he served as a fellow at the Ochsner Clinic Foundation Hospital. Here, he went on to become the head of heart failure and transplant, and the vice-chair of cardiology.

Among his peers, Mehra is described as a star of his field, a man of deep intelligence.

Dr Hector Ventura, who worked as a fellow at the facility with Mehra and has known him for 25 years, said he was “not only a great physician but also a great researcher”.

“He was one of our first heart failure and heart transplant trainees at Ochsner. He was the best fellow that I have ever had,” said Ventura, the head of the cardiomyopathy & heart transplantation section at the hospital.

Ventura, who has co-authored over 50 papers with Mehra, said he is “the most intelligent person I know”. “I have enjoyed lengthy conversation about many subjects throughout our careers and he made a better person and doctor. Innovative… and his energy is contagious,” he added.

Dr Chip Lavie, another of Mehra’s colleagues from his time at the hospital, described him as “one of the brightest” in the field.

In 2012, Mehra was appointed as professor at Harvard Medical School, where he became the William Harvey Distinguished Chair in Advanced Cardiovascular Medicine.

Mehra also served as president of the International Society for Heart and Lung Transplantation, a professional organisation headquartered in Texas, in 2008-2009.

According to the website of the Mahatma Gandhi Institute of Medical Sciences, Mehra has been instrumental in defining the “obesity paradox” — a line of research that claims it might be healthier to be overweight — in heart failure.

In his apology for the controversial studies, Mehra said he had always “performed my research in accordance with the highest ethical and professional guidelines”.

“However, we can never forget the responsibility we have as researchers to scrupulously ensure that we rely on data sources that adhere to our high standards,” he added in his statement.

To his colleagues, his admission is just another testament to his integrity.

“[His] having retracted the manuscript because he did not rust the process of the data demonstrates his integrity,” Ventura said.

Dr Sapan S. Desai’s name is the first that flashes past as you scroll down the website of his Chicago-based data analytics firm Surgisphere.

Beside a photograph of a smiling child on a hospital bed, clutching a teddy bear, a blob of text seeks to explain why Desai set up Surgisphere: “…To harness the power of data analytics and improve the lives of as many people as possible.”

But it is the very essence of this firm, its stated prowess for data analytics, that has now come into question.

The internet doesn’t offer much information about Desai’s roots. However, much has been said about his career in medicine.

A biography of Desai on a brochure for IHF Brisbane, the 42nd World Hospital Congress in 2018, where he was a speaker, identifies him as an MD, PhD and MBA. Surgisphere, the profile states, is a “healthcare data analytics company with hundreds of clients around the world”.

Desai is believed to have held multiple physician leadership roles at US facilities such as Southern Illinois University. But he has had his share of controversies too.

According to a report in The Guardian, he has been named in three medical malpractice suits in the US, two of them as recent as November 2019.

In one case, he and Northwest Community Hospital in Illinois have been accused of being “careless and negligent”, leading to permanent damage following surgery. Desai resigned from the hospital on 10 February 2020 “for personal reasons”. He, however, refuted the allegation in an interview with the Scientist, saying the lawsuit against him was “unfounded”.

Desai established Surgisphere in 2008 as a medical education company that published textbooks. Despite its apparent makeover as a data analytics firm, an investigation by The Guardian found that its employees do not have a scientific or statistical background, but mention expertise in strategy, copywriting, leadership and acquisition.

In his statement, Mehra said he was introduced to Dr Sapan Desai and Surgisphere, which “purported to have data from hospitals around the world that could be leveraged to answer important public health questions posed in the face of the COVID-19 pandemic”.

In the days before the studies were withdrawn, Desai was in a media overdrive as he firefought questions about his small team handling tonnes of data from dozens of hospitals (169 for the NEJM study, over 600 in the case of The Lancet study) located in multiple countries.

In an interview with The Guardian, he said Surgisphere uses a “great deal of artificial intelligence and machine learning to collect data”.

He reiterated the claims in an interview . “It is important to understand the nature of this database,” he added. “We are not responsible for the source data, thus the labour intensive task required for exporting the data from an EHR (electronic health record), converting it into the format required by our data dictionary, and fully de-identifying the data is done by the healthcare partner. Surgisphere does not reconcile languages or coding systems.”

ThePrint has approached Desai for comments, while also emailing queries to a researcher he has often collaborated with and a colleague from his surgery residency at Duke University back in 2011.

This report will be updated when they respond. 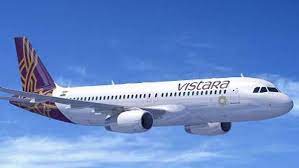 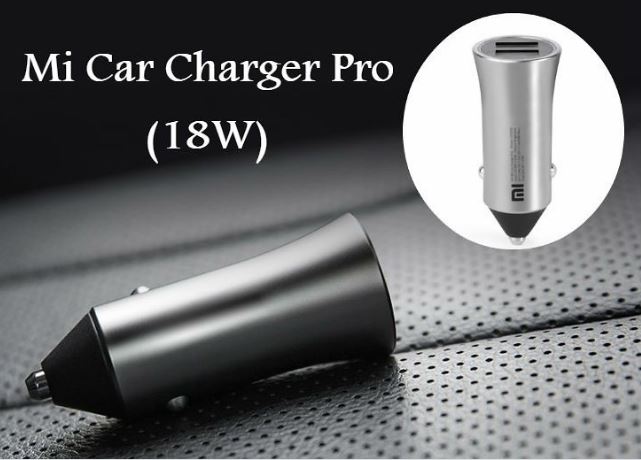