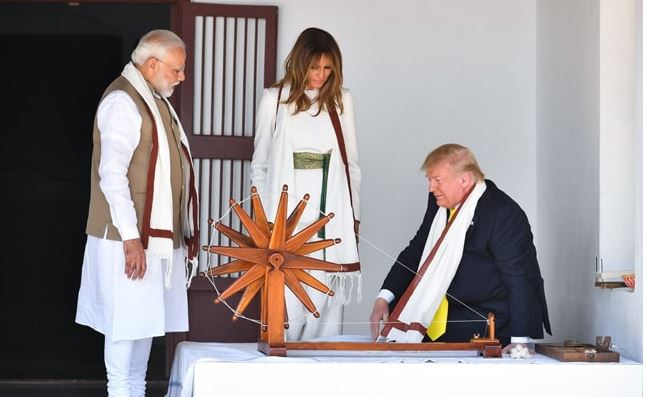 US President Donald Trump and First Lady Melania Trump were welcomed by Prime Minister Narendra Modi as they arrived in Ahmedabad this afternoon for a 36-hour visit to India. President Trump’s daughter Ivanka Trump and her husband Jared Kushner came out of the aircraft first. As PM Modi escorted the Trumps to the US President’s armoured black car known as the “Beast”, dancers in colourful costumes performed for the US first couple. The two-day state visit comes ahead of President Trump’s re-election bid – the US votes in November – and just months after PM Modi’s “Howdy, Modi!” event in Texas last year. Mr Trump’s visit also comes amid tense trade talks between the two countries.

Here are some of the best pictures as Donald Trump and family landed in Ahmedabad:

As they emerged from the presidential jet Air Force One, President Trump was greeted by PM Modi with a warm hug.

Shortly before his departure from Washington, DC, on Sunday night, President Donald Trump said: “We will be with millions and millions. I get along very well with PM Modi… he is a friend,” he said, adding that Prime Minister Narendra Modi had told him “this (“Namaste, Trump”) will be the biggest event they have ever had”.

Donald Trump and Melania Trump tried their hands at the charkha at Mahatma Gandhi’s Sabarmati Ashram. 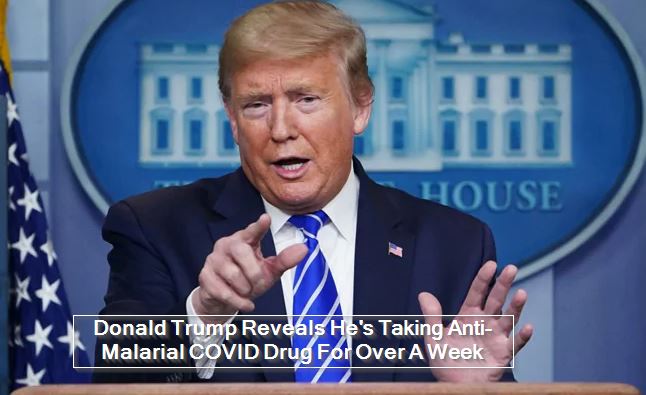 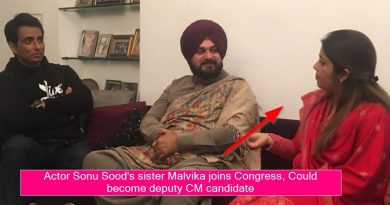