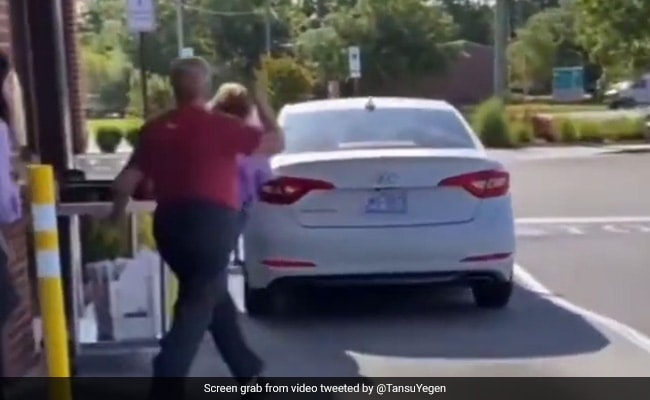 In the video, as soon as the angry woman comes out of the car and closes the door, the sedan starts moving forward.

Usually, one puts their car in gear or uses the hand brakes as soon as they get out at a gas station or parking lot. However, some people forget it in a fit of rage or due to any other circumstance which can be harmful not only for themselves, but for people present around.

One such clip, widely shared on social media, shows a woman forgetting to put the car in the parking mode while exiting the vehicle. According to the information shared by the user on Twitter, the driver got out of the car looking angry to fight with an employee.

In the video, as soon as the angry woman comes out of the car and closes the door, the sedan starts moving forward. The location appears to be a gas station or a drive-through. As soon as she realises that the car is moving, she runs behind it, abandoning the argument. However, the car eventually falls into what appears to be a pit and disappears before hitting the main road. An employee is also seen running behind the woman to assist her.

“She jumped out of the car to harass an underpaid employee but she forgot to put her car in park mode. This is what we call karma,” reads the caption of the 31-second video. The video was shared by Tansu Yegen on November 28 and since then it has amassed over 3.4 million views and 2,700 likes. It is not clear where the video was shot.

One user said, “Pretty sure that’s “Car-ma” in this particular instance …”

“Someone is being invited to learn a lesson. Hope she did,” said another person.

“What goes around comes around!” remarked a third person.

A fourth person said, “When Karma controls, Leaving you with a costly lesson…”

Some people also said that the place appears to be a restaurant. One user wrote, “It’s likely a Chick-fil-a fast food restaurant. There, they have some of their employees work the drive through line from the outside to get customers served faster.” 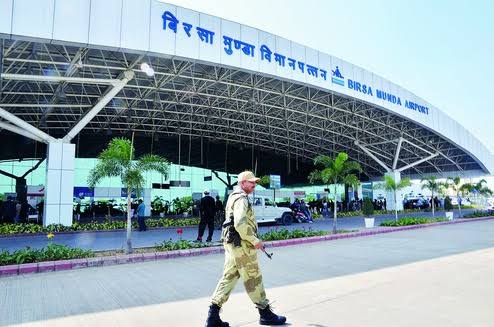 Ranchi: Birsa Munda Airport No.1 in the country, passengers said – most satisfied with the facilities here 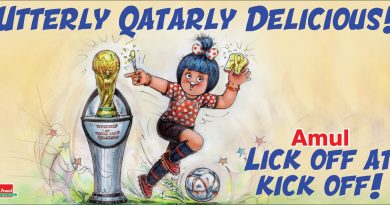 As Football World Cup Approaches, Amul Takes A “Trip Down The Memory Lane” With Old Topicals Construction of 50-bed district hospital underway in City of India