The videos showed how the plant’s electrical impulses get generated and its leaves fold due to the presence of an insect on it.

As children, we were all fascinated with the ‘Touch-Me-Not plant’, also known as ‘Mimosa pudica’, which is known for rapidly closing its leaves when touched. One slight touch and the leaves of the plant recoil and shrink, and seem to droop. However, have you ever wondered what causes such a response from the plant?

A Science writer on Twitter offered a possible explanation for this and shared videos that were taken by Japanese scientists for a 2022 study published in Nature Communications, a scientific journal. The videos showed how the plant’s electrical impulses get generated and its leaves fold due to the presence of an insect on it.

”Ever touched a sensitive plant (Mimosa pudica) and marvelled at its leaves instantaneously folding? In this video you can see the electrical signals that mediate that rapid movement surging down the plant in real-time,” Ferris Jabr tweeted.

In another tweet, he wrote, “Exactly why Mimosa pudica and other plants fold their leaves is not definitively known. Hypotheses include reducing water loss, exposing thorns, startling insects, and giving the appearance of a less voluminous meal. Here, M. pudica folds in response to a munching grasshopper”.

Explaining this behaviour, he further wrote, ‘”Although plants don’t have neurons or muscles, they are electric-all cellular organisms are. Plants can generate waves of charged particles that travel quickly from one part of their body to another and trigger quick movements”.

Mr Jabr’s post has gone viral, attracting varied responses from nature enthusiasts who loved the fascinating explanation. ”Marvelous nature,” one user commented, while another wrote, ” A childhood ‘toy’ explained!” A third was left amazed and wrote, ” They may not have brains but they do communicate and send electrical signals look at this.” A fourth added, ” Thanks for sharing this beautiful work! As a kid, I used to play all the time with these intriguing plants. In Venezuela we called them ‘dormideras’, which translates something like ‘sleepy plant’.”

According to Britannica, Mimosa pudica is a spiny subshrub which grows to a height of about 30 cm and is found in tropical and semi-tropical environments around the world. In addition to its response to physical stimuli, the leaves also droop in response to darkness and reopen with daylight, a phenomenon known as nyctinastic movement. ‘Why am I physically and emotionally tortured’: Kangana Ranaut shares new video, complains to Supreme Court 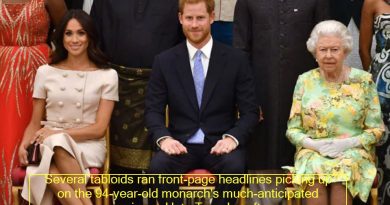