Written by Sumit Batheja, Maja Ma is a family entertainer set against a traditional and colourful Indian wedding.

Madhuri Dixit’s Maja Ma is all set to open in theatres this Thursday. A special screening was hosted by the makers, ahead of its release, in Mumbai. Along with the star cast – Madhuri Dixit, Gajraj Rao, Barkha Singh, Ritwik Bhowmik, and Srishti Shrivastava – other celebrities spotted at the screening were Karan Johar, Nora Fatehi and Maniesh Paul. Shah Rukh Khan-Gauri Khan’s children Suhana and Aryan, as well as Amitabh Bachchan’s grandson Agastya Nanda, were among the attendees too.

Now, KJo has reviewed Maja Ma on social media. In an Instagram post, he called the film “a brave, poignant and audience pleaser.” The filmmaker added, “This dramedy hits the spot with its relentless storytelling… oscillating between emotion and humour … you walk out with a feeling of sunshine.”

It’s all because of Madhuri Dixit, as per Karan Johar. He wrote, “Mainly because of the luminous and stunning Madhuri Dixit, who plays Pallavi with so much integrity and poise… She is just a pleasure to watch in every frame.”

Written by Sumit Batheja, Maja Ma is a family entertainer set against a traditional and colourful Indian wedding. It shows Madhuri Dixit playing the role of a talented, middle-aged dancer named Pallavi Patel.

Karan Johar, in his post, also praised the entire cast of the film for “on-point” performances. He wrote, “Kudos to the entire cast… Gajraj Rao, Ritwik Bhowmik, Barkha Singh, Srishti Shrivastava, Simone Singh…All performances are on-point and top-notch. I am obsessed with Sheeba Chadha and Rajit Kapur, who play BOB and PAM with sheer genius. They are howlarious. I want a spin-off please.”

Anand Tiwari also received hearty congratulations from Karan Johar for “directing a challenging narrative with such ease and craft.” The filmmaker has congratulated producer Amritpal Singh Bindra “for always raising the bar of content.”

“Watch this gem and you will have a Maja Ma time. Releases on the 6th of October,” Karan Johar concluded his post. 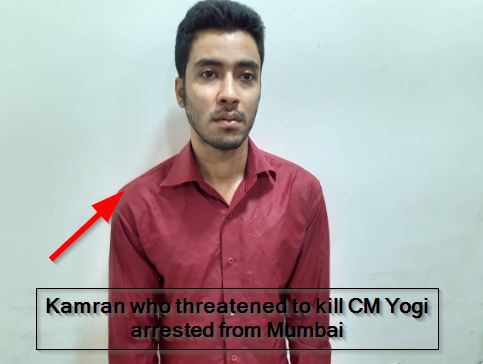 Kamran who threatened to kill CM Yogi arrested from Mumbai