Pushkar–Gayathri’s film is a refreshing take on the battle between good and evil, told flamboyantly with well fleshed-out characters and performances.

Yet another remake of a south Indian blockbuster, Vikram Vedha proves that while writing a mass entertainer or a crowd-pleaser, one doesn’t necessarily need to water down the depth of characters and demystify storytelling.

Based on the mythical tale of Vikram and Betaal, the wife-husband director duo of Gayatri-Pushkar, who also wrote and helmed the original, have turned the intelligent-incorruptible king into an honest police officer Vikram (Saif Ali Khan), who sees the world in black and white. The shrewd ghost turns into a dreaded gangster Vedha (Hrithik Roshan), one who vanquishes the rule of law almost on a daily basis, and tests the moral compass of the enforcer by telling him tales from his life that navigate the gray areas between crime and punishment.

Through three well-knitted, deftly crafted stories, Gayatri-Pushkar question encounters where the upholders of law snuff life out of innocent citizens, and justify such action as collateral damage for the greater good. What if the shoe is on the other foot? Do the bullets that pierce the innocent come to haunt those who pull the trigger? These seem like out-of-syllabus questions for a mainstream entertainer to address, but Gayatri and Pushkar answer them with sensitivity and urgency, within the framework of a festival tentpole.

The ode to Raj Kapoor through two of his timeless songs not only adds to the flamboyant storytelling, but is also an interesting way to acknowledge the influence of the master on the nature vs nurture debate that Gayatri-Pushkar addresses. The premise of Vikram Vedha also reminds one of Kapoor’s 1951 film Awaara, where the judge repeatedly invokes the idea that those who are born to criminals end up on the wrong side of the law. Interestingly, like Nargis, Radhika Apte also plays a lawyer. Just like how Rita stood for Raj, Priya (Apte) represents Vedha, and her cop husband feels that his advocate wife is being manipulated by the dreaded gangster against him, very much like how the judge, Rita’s father (Prithviraj Kapoor) alleges in Awaara.

Relishing a setting that reminds one of the Amitabh Bachchan-Shashi Kapoor moral clashes of yore, Hrithik channels the spirit of Deewar’s Vijay while playing Vedha, a criminal who doesn’t want his younger brother Shatak (Rohit Saraf) to cross the line of law.

Instead of playing a Greek god, the actor, for once, attempts an Indian anti-hero in a larger-than-life scenario and consistently delivers, both in terms of performance as well as screen presence. Under the watchful eye of cinematographer P.S. Vinod, he almost assumes the figure of a modern-day Betaal. Along the way, he once again proves that when it comes to dancing, he doesn’t need female support. Drenched in liquor, he ‘single-legedly’ makes the audience tipsy in the film’s item number.

Mostly confused in love, this time Saif gets caught in the subjectivity of law and friendship. He keeps Vikram smart, and us invested, even when the writing on the wall says that the mouse has more meat in this game of cat-and-mouse. Radhika is convincing as the conscientious wife, and Sharib Hashmi is not bad either as the ambitious sidekick.

Set in Lucknow, the makers make an attempt to ensure that the North Chennai tonality of the original doesn’t come in the way of storytelling. There are sights and sounds of Awadh in the dialogues and backdrop, but it largely remains an outsider’s gaze. A little more nuance in the depiction of the workings of the UP Police would have added to the flavour of Kurma Nihari, the popular Lucknow dish, that becomes a plot device.

Having said that, Gayatri-Pushkar don’t seem to be too interested in detail when it comes to the setting and the backdrop. They have created their own stylish, contemporary universe to tell the mythical tale where the dress code is also black and white. And with two committed stars at their disposal, it works. The chase and fight sequences are fuelled by the raw energy that leaps at you, and the dialogues by Benazir Fida and Manoj Muntashir ensure that an idea and space thought in Tamil don’t sound stilted in Hindi.

However, the flaws in writing surface when the Gayatri-Pushkar have to tie up the stories. It seems in servicing the myth, they lose track of the larger arc of the story that is happening in a real space. It particularly irks in the third act when the motivations of Shatak and Chanda (Yogita Bihani) — a crucial cog in the tale — demand a little more clarity, and the real villain of the piece, a little less predictability.

Still, in the week of Ramlilas, Vikram Vedha comes across as a refreshing battle between the good and the evil, where Ram and Ravan are not cardboard characters. 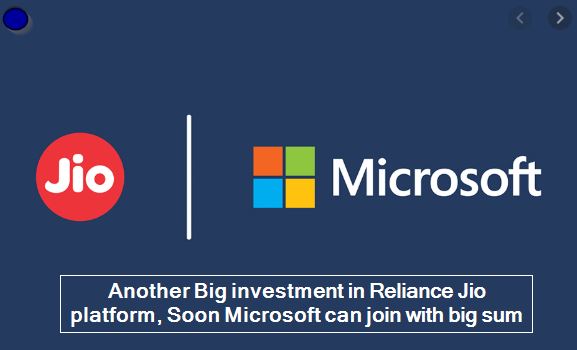