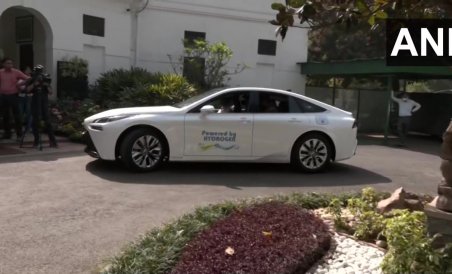 The car can reportedly cover 600 kilometers on a full tank, which brings down the cost of travel to just ₹ 2 per kilometer.

New Delhi: Even as fuel prices keep soaring causing widespread public dissatisfaction, Union Transport Minister Nitin Gadkari today rolled into the Parliament in a green hydrogen-powered car – the first of its kind in India. The Minister travelled from his residence to the Parliament in the car this morning as part of a pilot project. Mr Gadkari has often spoken about a transition to renewables and green energy.

The car can reportedly cover 600 kilometres on a full tank, which brings down the cost of travel to just ₹ 2 per kilometre. It also apparently takes just five minutes to fill the fuel tank of the vehicle.

Visuals show the Minister sitting in the front seat of the car next to the driver. The white coloured car has a green number plate which is used in electric vehicles as well.

Mr Gadkari had earlier this month launched India’s first hydrogen-based advanced “Fuel Cell Electric Vehicle (FCEV)” – Toyota Mirai. He had also shared a video of how green hydrogen can power a car. At the launch, he said that green hydrogen was “an efficient, eco-friendly and sustainable energy pathway to make India energy self-reliant”.

The Minister had in January announced that he would himself use a hydrogen-powered car. “Toyota Company from Japan has given me a vehicle which runs on green Hydrogen. I will use it myself as a pilot project (on alternative fuel),” he had said.

Mr Gadkari has often favoured a green transition in fuel, saying rapid strides in green fuel technology will reduce the cost of electric vehicles (EVs), bringing them on a par with petrol-run vehicles in two years’ time.

Meanwhile, fuel prices were hiked again on Wednesday for the eighth time in the last nine days. In Delhi, petrol and diesel rates were hiked by 80 paise a litre, respectively, according to a price notification of state fuel retailers.

In Mumbai, petrol will be retailed at ₹ 115.88 per litre, while diesel will be sold at ₹ 100.10 per litre. Among the metro cities, fuel rates are the highest in Mumbai. The prices vary across the states due to value-added tax (VAT).

Fuel rates were held steady for over four months despite the spike in crude oil prices. The rate revision had ended on March 22. In all, petrol and diesel prices have gone up by ₹ 5.60 per litre each after eight rate revisions.

The rates were kept on hold amid the assembly elections in Uttar Pradesh, Punjab, Uttarakhand, Goa and Manipur. 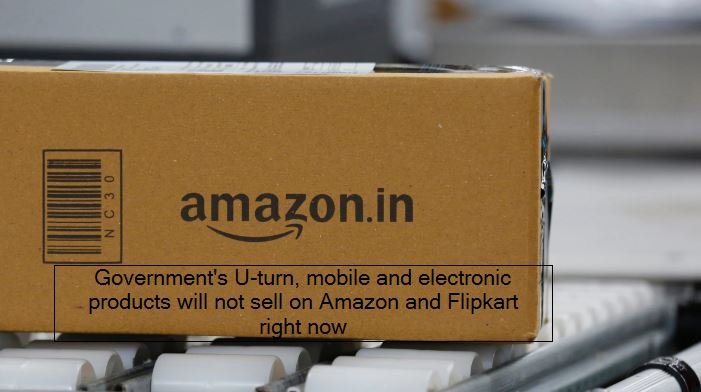 Lockdown : Government’s U-turn, mobile and electronic products will not sell on Amazon and Flipkart right now 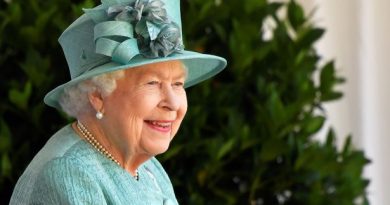 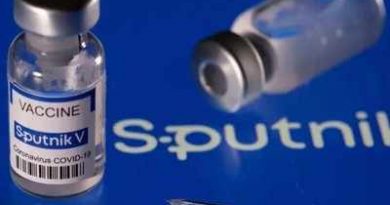 The fight against Corona will intensify : The first consignment of Russian vaccine Sputnik-V will come to India on May 1, the company will make 85 crore doses in a year