On Tuesday, December 28, the musician nearly broke TikTok as well as his Bop-It with a video featuring himself and his girlfriend celebrating Christmas together. In the video, they’re both standing in front of a lit Christmas tree, MGK wearing green pajamas while Fox is in red pajamas. The couple both wore matching light pink Santa hats for the occasion.

In the video, MGK plays with the iconic 90s electronic toy Bop-It. If you don’t remember it or were simply a baby back then, Bop-Its are a toy popular in the 90s that tested your reflexes by intrusting you to bop, twist, or pull on the device when instructed, and as fast as possible. MGK plays the game: he bops it, he pulls it, he twists it, and then when he bops it again on his butt, he breaks the toy. Megan Fox stands patiently behind MGK as he bops it, trying not to laugh.

MGK captioned the video – which now has more than 12 million views – with, “Break it, I mean, bop it 🤪🎄.” Check out the full video below:

Megan Fox and Colson Baker, a.k.a. Machine Gun Kelly,  have become one of Hollywood’s sexiest couples in 2021. The pair met on the set of a movie in 2020 while Fox was still married to Brian Austin Green (they quietly separated back in 2019). Now, in addition to breaking Bop-Its, Fox and Colson are making out on red carpets, wearing matching outfits and sharing details about their interesting relationship.

In July, Megan Fox said that MGK is her soulmate in an interview with The Washington Post. “The first time I looked into his eyes, I was like, ‘I know you. I have known you so many times, in so many different forms, in so many different lives,’” she said, adding she “wasn’t expecting it’d be like, ‘God, you are my soul mate,’ instantly.” 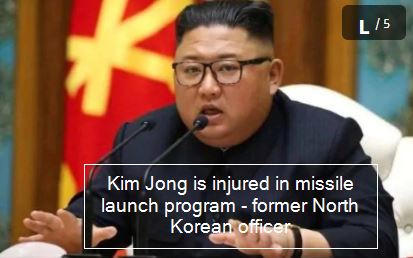 ‘RHONY’ Recap: Ramona Singer Storms Out Of Leah’s Party After Elyse Confronts Her