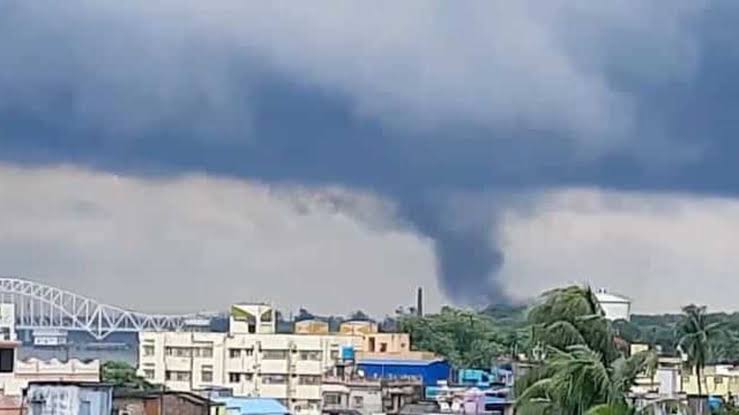 Several counties in Kentucky were devastated, with the strongest tornado tearing 200 miles through the state, governor Andy Beshear said.

Tornadoes ripped through five US states overnight, leaving more than 50 people feared dead Saturday in Kentucky and causing multiple fatalities at an Amazon warehouse in Illinois that suffered “catastrophic damage” with around 100 people trapped inside.

The western Kentucky town of Mayfield was “ground zero” of the storm — a scene of “massive devastation,” one official said.

Entire city blocks there were flattened, with houses and buildings ripped apart, and twisted metal, shattered tree limbs and bricks scattered across streets, according to pictures and videos shared on social media.

“I fear that there are more than 50 dead … probably closer to somewhere between 70 and 100, it’s devastating,” Kentucky Governor Andy Beshear said, adding that it was the most severe tornado event in the state’s history.

The roof of a candle factory collapsed in Mayfield, resulting in “mass casualties” there, Beshear said.

President Joe Biden tweeted that the massive storms had inflicted an “unimaginable tragedy” on the area and vowed to provide all needed federal aid.

Lori Wooton was at her daughter’s home in the Kentucky town of Dawson Springs — about 70 miles northwest of Mayfield — when, she said, the storm came on with stunning swiftness. 20 people win the lottery with the least recommended combination; suspected of fraud | The State