In visuals from the protest site, Mr Sidhu can be seen raising slogans along with the protesting teachers.

He also took to Twitter to target the Delhi government on its education model, which the AAP is showcasing as its key achievement in the Punjab poll campaign.

In your 2015 manifesto you promised 8 lakh new jobs and 20 new colleges in Delhi, where are the jobs and colleges ? You have given only 440 Jobs in Delhi. On the contrary of your failed guarantees, unemployment rate of Delhi has increased by almost 5 times in last 5 years !!

Taking a swipe, the Punjab Congress chief said the Delhi education model is a “contract model” and that under the AAP government, unemployment rate in Delhi has increased by almost 5 times over the past five years.

Mr Sidhu’s protest in the national capital came a day after AAP leader Raghav Chadha conducted what he called a “live raid” in Chamkaur Sahib — Chief Minister Channi’s home constituency — and alleged that illegal sand mining in the state has the Chief Minister’s patronage.

Mr Kejriwal too targeted Mr Channi over the “expose”, saying that he has to answer the questions of the public.

Over the past few months, the Congress in Punjab has fought more battles within than with its rivals. The infighting in the state party unit first led to the resignation of former Chief Minister Amarinder Singh and then twists and turns over whether Mr Sidhu will stay on as state Congress chief or not.

Now, with polls close, the party is trying to close ranks in a desperate attempt at damage control.

The AAP has sensed an opportunity as the Congress struggles with its internal issues and has launched a no-holds barred attack on the ruling party. It has also made a slew of promises to the people of the state, including an assurance to pay ₹ 1,000 per month to all women above the age of 18 if it is voted to power.

AAP’s move to introduce education and healthcare as poll issues in Punjab has caught the Congress on the wrong foot. With two massive election victories under their belt in Delhi – fought mostly on these two issues — AAP is hoping for a reprise in Punjab, where agriculture, trade, drugs and sacrilege cases have been more central to recent elections.

But the Congress appears unsure of its achievements in these most basic of issues, leading to the party’s prickly reaction to the AAP challenge. 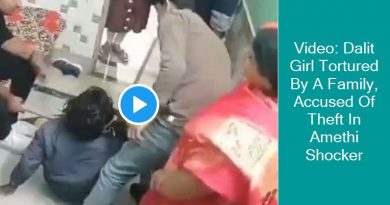 Video: Dalit Girl Tortured By A Family, Accused Of Theft In Amethi Shocker