The map that appears on the “Tweep Life” section of Twitter shows Jammu and Kashmir, and Ladakh, outside India. The distorted map was flagged by a Twitter user and has generated many angry reactions.

New Delhi: Twitter may face government action for carrying a wrong map of India, which shows Jammu and Kashmir and Ladakh as a separate country.

The map that appears on the “Tweep Life” section of Twitter’s website shows J&K and Ladakh, outside India. The distorted map was flagged by a Twitter user and has since generated many angry reactions and demands for punishment.

Sources say the government may take tough action as it does not take the distortion of the country’s map lightly and considers it a serious offence. Twitter could face financial penalties, seven years in jail for its officials and could even be blocked under Section 69A of IT rules.

Twitter is a repeat offender, say sources. In the past, it had shown Leh as a part of Jammu and Kashmir and Ladakh as a part of China.

“Twitter is confirming by its actions the apprehensions expressed widely in the last few months about its bias towards Indian interests and sensitivities. Twitter’s mischievous representation of Indian Map is strongly condemned. Twitter has to follow law of land!” – tweeted BJP leader P Muralidhar Rao.

This is the latest in the raging feud between the government and Twitter over a range of issues, from the tagging of BJP leaders’ posts as “manipulated media” to new rules for social media sites.

Twitter had flagged “freedom of expression” concerns while responding to the new rules, which include appointing India-based compliance officers.

As it was slow to respond to the government’s warnings on complying with the rules, there were questions about Twitter losing legal protection against user-generated content.

On May 31, Twitter told the Delhi High Court that it was appointing Dharmendra Chatur, partner at a law firm that represented Twitter as its interim grievance redressal officer. However, the government said it could not accept the appointment of outsiders to statutory posts.

Yesterday, Dharmendra Chatur quit, weeks after his appointment. Twitter has now appointed its US-bsaed Global Legal Policy Director Jeremy Kessel as the grievance officer for India. The new rules, however, require an Indian resident for the role.

In a series of run-ins with Twitter, the government had also asked the site to remove the “manipulated media” tag from tweets posted by several BJP leaders on an alleged Congress “toolkit”.

As Twitter refused to do so, the Delhi Police also served notices, visited its offices in Delhi and Gurgaon, and questioned Twitter India chief Manish Maheshwari in Bengaluru.

Recently, the police in BJP-ruled Uttar Pradesh summoned Mr Maheshwari for failing to stop the spread of a video that allegedly was aimed at inciting religious discord.

On Friday, Union IT Minister Ravi Shankar Prasad’s Twitter account was briefly locked, allegedly over copyright violations. The minister said he was denied access to his account for over an hour over complaints that he violated copyright law by posting clips of himself from television debates. 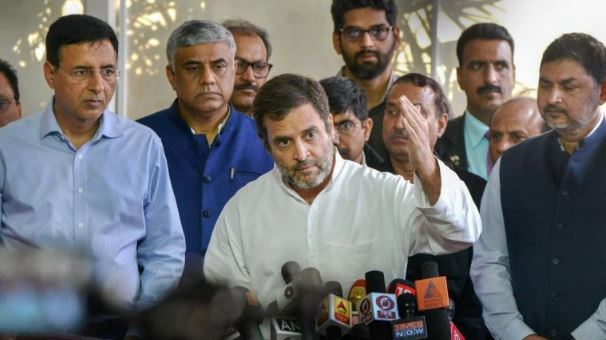