Rafael Nadal took to Twitter to reveal that he will not participate in this year’s Wimbledon and the Tokyo Olympics 2020.

Rafael Nadal took to Twitter on Thursday to announce that he won’t participate in the upcoming Wimbledon and the Tokyo Olympics 2020. In a series of tweets, Spain’s tennis star said that the decision was not an easy one to make but he had to take the call to prolong his career. “Hi all, I have decided not to participate at this year’s Championships at Wimbledon and the Olympic Games in Tokyo. It’s never an easy decision to take but after listening to my body and discuss it with my team I understand that it is the right decision,” Nadal tweeted.

“The goal is to prolong my career and continue to do what makes me happy, that is to compete at the highest level and keep fighting for those professional and personal goals at he maximum level of competition,” he added.

Nadal pointed out that the scheduling of Wimbledon and French Open didn’t give his body the time to recover after a “demanding season.”

Nadal was last seen in action in the French Open where he lost to world number one Novak Djokovic in an epic semi-final. 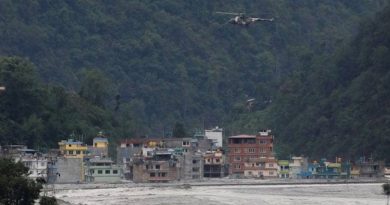