Kate Winslet, the star of hit US TV show Mare of Easttown, says Hollywood has turned a corner for women.

“And there’s a huge increase in terrific roles for women… especially in my age group,” the 45-year-old said.

She added that she had been “in complete control” of how she wanted to present herself in a sex scene.

“Craig Zobel, our director… asked me to watch that particular scene in question to make sure I was comfortable with it.

“That was an honourable thing to do as I don’t recall that happening to me when I was younger – it just tells you that things are changing a bit. People are paying attention to how women feel and how they want to be presented.”

Winslet, who was also executive producer on the HBO drama, has previously said she twice sent back the promotional poster because she felt it had been altered too much.

Today co-host Nick Robinson asked why it mattered “that the lines on her face were not airbrushed out”, and why “as you put it in an interview did it matter that the bulging belly was shown” in the sex scene.

Winslet replied that she and Zobel were “adamant about not touching the scene or digitally altering my body”. She said they “both felt it was appropriate for the role” and “were always ruthless about keeping her as real as possible”.

She added: “Craig also assured me respectfully that if I had wanted to be specific about how I looked without my clothes on that he understood that too, that it was my body on the screen for millions of people to see and not his, and I should be in complete control of how I wanted to present myself physically.

“I do feel proud that as a woman in the film industry in her mid-40s, having been doing this job since I was 17, that I’m being given this space to fully embrace all of these changes that life’s years have left my face and body with.

“I feel good about myself. That seems to be being celebrated now because of Mare and how she has resonated with audiences. It’s a good empowering moment. Hopefully other women will feel they can go more easily on themselves as a result because, frankly, it’s just real.”

The Oscar-winner also said the introduction of intimacy coordinators to film and TV sets was a big step forward.

Winslet said: “We have intimacy co-ordinators now… they help choreograph intimate moments between actors on screen and help the director to find the right words to communicate what they might want visually because it can be very uncomfortable for everyone involved.

“It can be scary and intimidating to be a young person and find it uncomfortable to even say certain words… of a sexual nature. In some countries it’s a legal requirement [to have an intimacy coordinator on set].”

At the Bafta TV Awards on Sunday, I May Destroy You star and creator Michaela Coel said specialist sex scene directors allow people to “make work about exploitation, loss of respect, about abuse of power, without being exploited or abused in the process”.

Winslet also said she felt women were more supportive of each other in the industry now.

“Actresses in general are celebrating one another really freely now. That didn’t exist quite as much when I was younger.”

Mare of Easttown’s recent conclusion was praised by TV critics. Thrillist’s Esther Zuckerman wrote that it was a “devastating, graceful finale”.

“Where another show would lean into ugliness, Mare of Easttown chose beauty,” she said.

Variety’s critic Daniel D’Addario praised the series for “delivering an ending both of narrative wholeness and of real emotional power”.

And IndieWire’s Ben Travers said it “managed to tie up far more of its loose ends than I ever expected” and had an ending that “avoided going off the rails”.

Mare of Easttown is available on Sky Atlantic and streaming service Now in the UK. 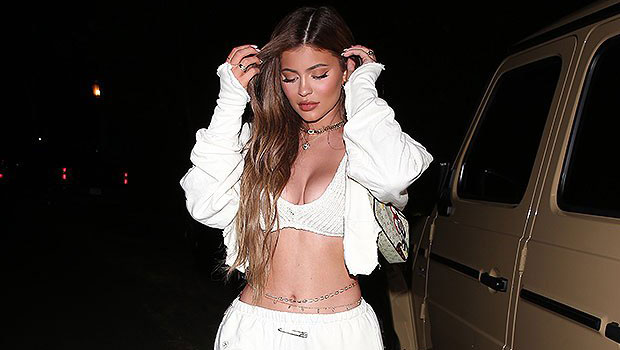 Kylie Jenner & Travis Scott Trying To Keep ‘Relationship Status Under Wraps’: ‘They Love Each Other’