Don’t get wedded to one idea. Don’t let your success define you. And celebrate the small ideas as much as you do the big ones, says the food entrepreneur and founder of The Bohri Kitchen.

Munaf Kapadia was an account strategist at Google India when he quit the corporate world to, as he puts it, “sell samosas”. Over seven years, his samosas — delicious Bohri mutton ones, usually bite-sized — have become a full-fledged business, The Bohri Kitchen (TBK).

What started with him and his mother Nafisa Kapadia hosting pop-up dining experiences at their Mumbai home has turned into a successful start-up with a ₹4 crore turnover at its peak. Kapadia’s book about his journey from employee to entrepreneur, How I Quit Google to Sell Samosas, was released by HarperCollins in April. Here are the five biggest lessons he says he learnt along the way.

1. Do the digging: “In my opinion, there’s no better way to start on a business idea than to study and learn from other people’s successes or failures,” says Kapadia, 31. A little bit into the development of The Dining Table (TDT), an idea he had in 2015 for an AirBnB-style app for home dining experiences, he simply googled the idea and discovered that many around the world had tried and no one had succeeded at it.

“What I was doing with TBK in our home then, I had wanted to replicate with 1,000 other families at their homes across the country,” Kapadia says. His Google search was roughly a month before he quit his job. He had by this time garnered investor interest in TDT, invested some of his own money, developed the app framework, identified some home chefs. Those bits were falling into place. But a small survey conducted suggested that the internet examples were the norm. “Almost everyone said they would not book a seat at an unknown home-dining experience.” For some it was a question of comfort. For others, it was doubts about quality and consistency across offerings. It became clear that his next step would not be a win, if he chose to take it.

2. Don’t fall in love with your concept: After his survey showed that TDT would likely fail, Kapadia switched track and decided to focus on growing TBK instead. “The discovery I made was a good thing. We need to change our mindset about this,” he says. “If someone’s already tried it and it has failed, that allows you to find solutions or at least save time and move onto the next idea.”

3. Create a narrative: You have to invest time to make your brand, story and personality stand out from the clutter,” Kapadia says. Kapadia credits the success of TBK to his mother Nafisa’s lip-smacking food and their hard work. But it helps that they built a narrative around the food that incorporated the story of the Bohra community, the Kapadia family and their journey. “That kept diners and the press coming back for more,” he says.

4. Think small when you need to: In the pandemic, Kapadia says, he’s battled new financial and emotional stresses and learnt that small ideas can make a big difference. “I feel, when we think of entrepreneurship, we only think of big ideas, large numbers and scale. And if you’re not thinking big, it doesn’t seem worth it,” he says. “But pursuing small ideas in a big way is the spirit of entrepreneurship.”

In December 2019, TBK was at its peak. “We were doing 200 orders per day and delivering food in 30 to 40 minutes. But we were barely making a 5% profit margin.” Then the pandemic hit. Kapadia had to let go of people. “I was contemplating shutting down the business,” he says. Since TBK no longer had the revenue to scale up, the team decided to return to its roots instead. All orders are now placed a day in advance. All food is delivered (the main kitchen in Worli operates as a takeaway outlet too). Instead of ₹400 per order, the minimum now works out to about ₹3,000. “It’s profitable and fun,” Kapadia says. “We are not limited by a mass-produced static menu. We can cook peacefully on the basis of demand. I am no longer chasing rapid scale and valuation, and it’s just about making the business sustainable and strengthening the foundation while we get through these difficult times.”

5. Look after yourself too: “My experience with stress, anxiety and panic attacks is the story of so many other young founders and entrepreneurs. I thought success was the antidote to feelings of anxiety around the future, but that couldn’t have been further from the truth,” Kapadia says. “In the initial years, every time something good happened, something big that acknowledged and recognized my effort and business acumen, I grew even more dependent on that feedback to validate myself, professionally and personally. My business became my identity and I channeled everything that happened with TBK into my own sense of self-worth. Had I caught this early on and talked to someone about it, things might have been different.” Kapadia says he has since learnt to separate personal and business goals. This allows you to also make better decisions for the business, with a clear head, he adds. 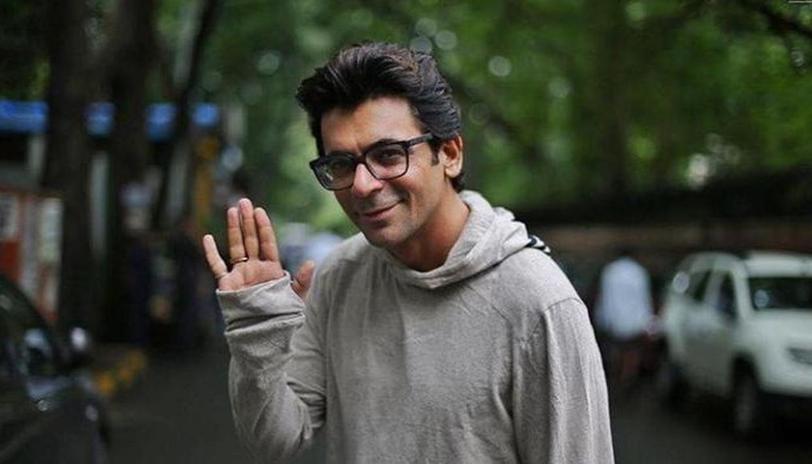 Sunil Grover came out of the house in lockdown, police welcomed him with sticks