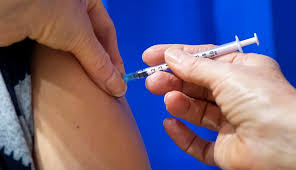 The Supreme Court cited reports that showed 18-44 year olds have not only been infected by Covid, but have also suffered from prolonged hospitalisation and, in unfortunate cases, death.

New Delhi: The Centre’s policy of giving free vaccination to the 45-plus age group and a having paid system for those below, is “prima facie arbitrary and irrational”, the Supreme Court said in its detailed order of Monday’s hearing made available today. Flagging several other flaws — including shortage of vaccine doses and problems faced by rural people in accessing vaccines — the court asked the Centre to review its vaccination policy and “place on record a roadmap of projected availability of vaccines till 31 December 2021”.  The court will take up the case again on June 30.

The government has said it will vaccinate the eligible population by December this year — an announcement that has been met with much scepticism by critics and opposition parties.

The top court also highlighted the pricing issue of vaccines, asking the Centre to submit a comparison of the prices of vaccines available in India to their international prices. It has been said by many critics that in India, the 18-44-year-olds are paying record prices for vaccines. In most nations, vaccines are procured by the governments and distributed to the people at no cost.

Calling the issue of vaccination “absolutely crucial”, the court said currently people in the 18-44 year age group are not just getting infected, but suffering from severe effects of the infection, “including prolonged hospitalization and, in unfortunate cases, death”.

The “changing nature of the pandemic” has created a situation where this younger age bracket also needs to be vaccinated, “although priority may be retained between different age groups on a scientific basis,” the bench of Justices DY Chandrachud, LN Rao and S Ravindra Bhat said in their order.

“Hence, due to the importance of vaccinating individuals in the 18-44 age group, the policy of the Central Government for conducting free vaccination themselves for groups under the first 2 phases, and replacing it with paid vaccination by the State/UT Governments and private hospitals for the persons between 18-44 years is, prima facie, arbitrary and irrational,” the order read.

Under the “liberalised” vaccine policy that came into effect May 1, the Centre is paying for the  vaccines of people above the age of 45. For those below, the astates can buy up to 50 per cent of their vaccine requirements from manufacturers but they are paying a much higher price than the Centre. The private hospitals are paying even more.

The discrepancy has had the opposition up in arms, with the Congress demanding “one nation, one price”  and accusing the Centre of “profiteering” from vaccines.

The Centre was asked to clarify how the ₹ 35,000-crore budget for vaccine procurement is being spent. “If ₹ 35,000 crore has been allocated for vaccine, why it cannot be used for vaccinating the 18-44 age group,” the judges have questioned, asking the Centre to produce the entire data on its vaccine purchase history till date. The court has called for dates of procurement orders of all vaccines — Covishield, Covaxin and Sputnik V, the number of doses ordered and the projected date of supply.

The court has also questioned if the states were ready to vaccinate the 18-44-year-olds for free — an issue on which most states have made their positive stand clear.

The Centre has been asked to provide clarifications on six points — including preparedness for needs of children in the event of a third wave, number of crematorium workers vaccinated, and a a roadmap of projected  availability of vaccines till December 31.

The top court, which took up the issue suo motu, also countered the Centre’s argument that judiciary must keep off from executive on policies. “Courts cannot be silent spectators when constitutional rights of citizens are infringed by executive policies,” the judges wrote. 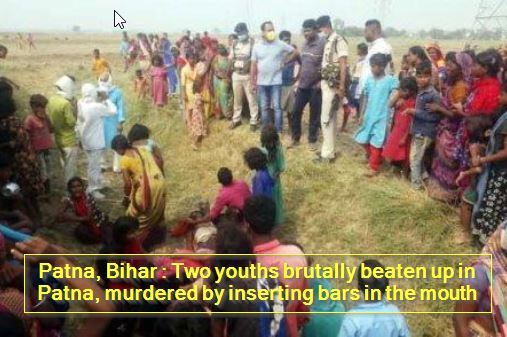 Patna, Bihar : Two youths brutally beaten up in Patna, murdered by inserting bars in the mouth