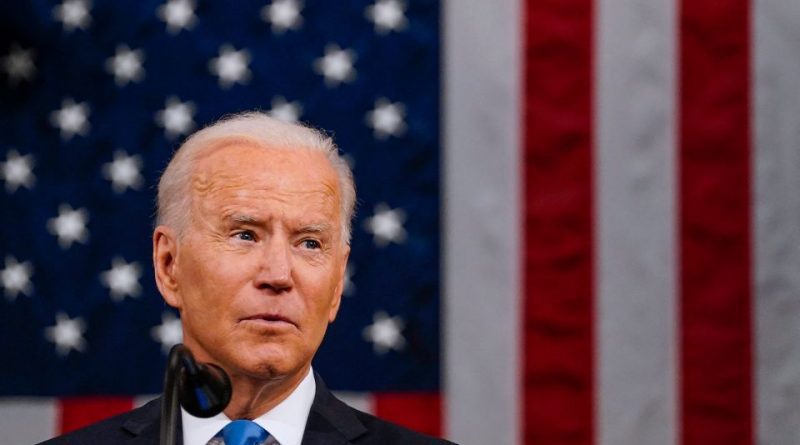 Biden presented a $ 6 trillion budget for 2022 that includes the costly recovery from the pandemic and his plans for jobs and families.

WASHINGTON – The White House sent Congress its national budget proposal for fiscal year 2022, valued at $ 6 trillion, that will take federal spending to its highest level since World War II.

In the document sent to Congress , President Joe Biden assures that it is a budget that aims to rebuild the country’s economy “putting the needs, objectives, ingenuity and strength of the American people front and center.”

In US public finance, discretionary spending is government spending, implemented through an appropriations bill that must be passed in Congress.

The first request for quote of Biden Administration is committed to promoting workers, families and businesses by increasing taxes on the upper class and large corporations, according to the presidential office.

Under the title “Building back better”, the Biden Administration emphasized areas such as infrastructure, scientific research, the fight against climate change, job creation, small and medium-sized enterprises, as well such as the manufacturing industry, among other priorities.

In the document, the White House insists that this budget “will increase the economic prosperity during the next decade” of the families of ordinary Americans, through a plan to raise wages and increase hiring.

Biden introduced this initiative at a time when job creation unexpectedly came to a halt in the United States in April with just 266,000 new jobs compared to the 1 million expected by analysts.

The unemployment rate, which last year went from 3.5% in February to 14.7% in April, when the covid-19 pandemic had a greater impact, has been decreasing every month since then and in the first four of the year it was located around 6%.

In April, however, the unemployment rate rose to 6.1%, one tenth more than in March.

In its macroeconomic forecasts, included in the public spending proposal, the White House calculated that the US economy will grow this year above 5%, as the country recovers from the pandemic, and 4.3% in 2022.

On inflation, the Biden Administration projected that it will rise by 2% each year for the next decade, meeting the expectations of the Federal Reserve (Fed).

Likewise, the deficit relative to the country’s gross domestic product (GDP) soared to almost 15% in 2020, the highest level since 1945. Uber passenger seriously hospitalized in New York; another crash left one dead in Queens | The State