Edward-Isaac Dovere, a staff writer at the Atlantic, writes in his forthcoming book, ‘Battle for the Soul: Inside the Democrats’ Campaigns to Defeat Trump,’ Obama called Trump a ‘madman,’ a ‘racist, sexist pig,’ ‘that f***ing lunatic’ and a ‘corrupt motherf***er.’

Obama’s reactions were varied depending on what Trump had done.

‘More often: “I didn’t think it would be this bad.” Sometimes: “I didn’t think we’d have a racist, sexist pig.” Depending on the outrage of the day … a passing, “that f***ing lunatic” with a shake of his head,’ Dovere described.

The Guardian first reported Wednesday on Obama’s colorful language, as the Democratic president tried not to be critical of his Republican successor publicly, despite Trump’s public hatred of Obama.

Dovere wrote that Obama, like a number of Democrats, liked the idea of Trump being the Republican Party’s 2016 presidential nominee, believing he would be easier to knock off in the general election than GOP Sen. Ted Cruz, a Princeton and Harvard Law School graduate.

In 2017, Dovere reported, Obama started to realize ‘he’s a madman,’ when it came to Trump.

The comments were made, The Atlantic journalist said, to ‘big donors looking to squeeze a reaction out of [Obama] in exchange for the big checks they were writing to his foundation.’

Obama’s most intense reaction – his calling of Trump ‘that corrupt motherf***er’ – came after he had learned that Trump was holding phone calls with Russian President Vladimir Putin without aides on the line.

The Guardian also reported that Dovere’s book – like the tome ‘Lucky: How Joe Biden Barely Won the Presidency’ by reporters Jonathan Allen and Amie Parnes – said that Obama had misgivings about now President Joe Biden pursuing the presidency in 2020, believing his former veep was too old and possibly past his prime.

Obama did hit the campaign trail for Biden in the fall – and attacked Trump, but only went so far as to call him ‘crazy.’

Jill Biden told supporters that Kamala Harris could ‘go f**k’ herself after the June 2019 Democratic primary debate where the then-candidate attacked Joe Biden for supporting racist policies during his Senate career.

Before Joe Biden selected Harris to run on his ticket as vice president, the first couple had a visceral reaction to her comments during the debate in Miami, Florida two summers ago, according to excerpt published in Politico from journalist Edward-Isaac Dovere’s upcoming book on the 2020 Democratic presidential primary.

‘With what he cares about, what he fights for, what he’s committed to, you get up there and call him a racist without basis?’ Jill said on a phone call with close supporters a week after the debate, according to multiple people on the call.

Spokesperson for the first lady Michael Larosa told Politico of the excerpt: ‘Many books will be written on the 2020 campaign, with countless retellings of events — some accurate, some inaccurate.’

‘The First Lady and her team do not plan to comment on any of them,’ he added.

First Lady Jill Biden, according to a forthcoming book on the 2020 Democratic primary, told close supporters on a phone call the week after the 2019 Democratic primary debate that Kamala Harris could ‘go f*** yourself’ after attacking her husband for supporting busing and segregationist lawmakers in the 1970s

During the heated exchange in Miami in June 2019, Kamala Harris said she didn’t think Joe Biden was ‘racist’, but suggested he supported racist policies. She also reminded the stage that she benefited from busing as a child

Biden was No. 2 to Barack Obama, the first black president in American history, from 2009-2017. After becoming the Democratic nominee for president in 2020, he chose Harris as his running mate and she later became the first minority and first woman to hold the position of vice president.

During the debate in 2019, Biden was blindsided by Harris’ attacks, which claimed he did not support desegregation of schools by way of busing in the 1970s.

Harris, a half-Indian half-Jamaican daughter of immigrants, reminded Biden at the time that she is a beneficiary of the busing system.

After the tense back-and-forth – one of the most memorable interactions on the 2020 campaign trail – moderators stopped for a commercial break.

‘Well, that was some f***ing bulls**t,’ Biden said to Pete Buttigieg on stage during the commercial break, multiple people said was relayed to them afterward.

Biden barely knew Buttigieg, a fellow Democratic candidate at the time and now the president’s transportation secretary, but wanted to share in the moment with someone on stage.

Nearly a year later, when Biden became the Democratic nominee, he chose Harris as his running mate and she soon thereafter became the first minority woman to hold the office of vice president. The first and second couples appear here on November 7, 2020 – shortly after winning the election 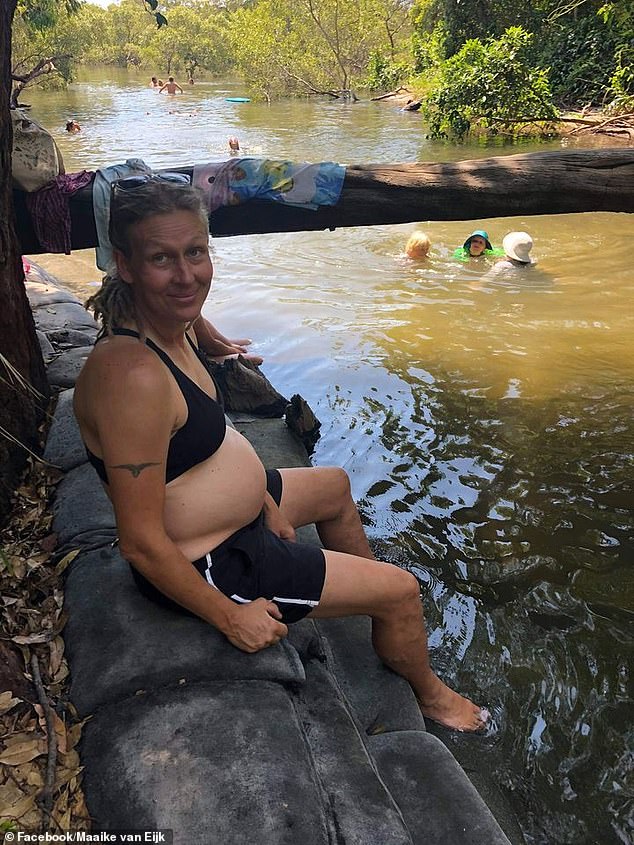 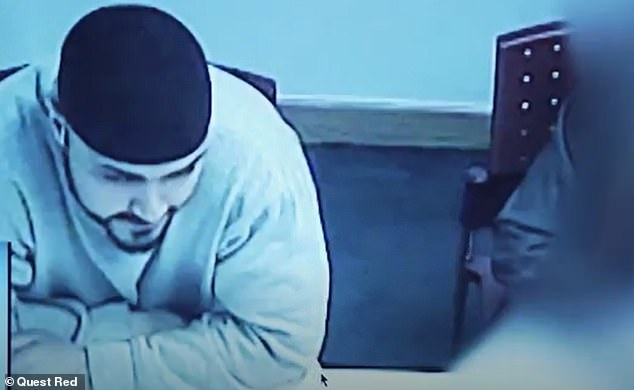