Two pilots were forced to eject as their Royal Navy jet crashed in Cornwall during a training exercise today.

Locals spotted the Hawk T1 jet flying low over their homes in The Lizard area before it came down in a field this morning.

The plane had left 736 Naval Air Squadron based at Culdrose on a training exercise before crashing a few miles away in Helston.

It is understood the jet, which can travel up to speeds of 620mph, issued a mayday call just moments after taking off around 9am.

The Ministry of Defence said the crew were members of the 736 Naval Air Squadron and police confirmed the two pilots were being assessed at Derriford Hospital in Plymouth after escaping with minor injuries.

The pilots were found about half a mile from the main crash site having ejected safely – in what is understood to be the first Royal Navy ejection in 18 years.

The Ministry of Defence (MoD) said the crew are members of the 736 Naval Air Squadron and were on a flight from RNAS Culdrose, which is based on the Lizard peninsula near Helston. Pictured, the wreckage of the jet A helmet was found nearby, after the pilots were taken to hospital for treatment 736 Naval Air Squadron uses the Hawk T1 jet, which is also used by the Red Arrows and is a two-seater training aircraft 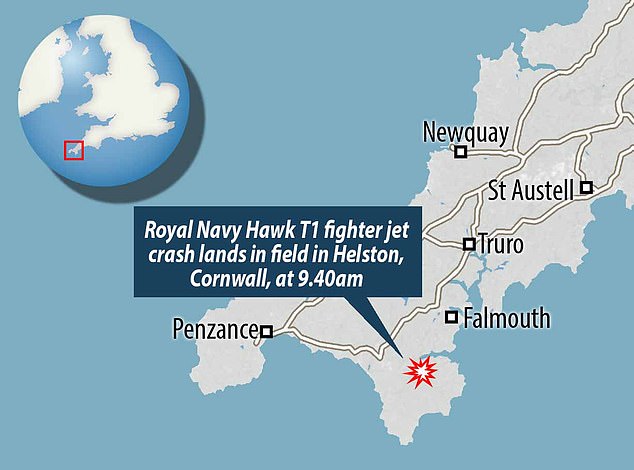 The jet crashed at around 9.40am today at a field in the St Martin area of Helston, shortly after taking off

Home to the Royal Navy’s maritime Merlins, Culdrose – just outside Helston on the Lizard Peninsula – is one of the largest helicopter bases in Europe.

With 3,000 personnel, it is one of the biggest single-site employer in Cornwall, and supplies pilots, engineers and flight deck crews to protect Royal Navy Ships and Submarines.

It is thought the pilots were taking part in the Navy’s ‘Thursday War’ weekly exercise which takes place with warships training in the Channel.

What is the 736 Naval Air Squadron and what do they do?

The maritime specialists use their jets to replicate the threats from enemy fighter aircraft and high-speed sea-skimming missiles.

Aerial battles between friendly and enemy jets are set up for the students to contend with, providing the live element of their training syllabus.

The Hawk jets, marked with the distinctive lightning bolt of 736 NAS, can often be found beyond the maritime environment; from close air support for land forces, to simulating attacks on helicopters to train the crews in fighter jet evasion.

Defence Minister Johnny Mercer said the crash was due to ‘suspected engine failure’.

The Ministry of Defence said: ‘Two pilots are being checked by medics after ejecting from a Royal Navy Hawk aircraft from 736 Naval Air Squadron during a flight from RNAS Culdrose.

‘An investigation will begin in due course. We won’t be providing further detail at this time.’

Locals said there was a huge ‘crack’ sound when two pilots ejected from the crashing twin-seat fast-jet before it banked and smashed into a field.

One woman said: ‘I saw the plane fly low over our house and then there was a crack as the two pilots ejected.

‘Parachutes open. Plane then banked left and crashed in nearby field. Just hope no one was hurt.’

Eyewitness Layla Astley said: ‘I saw the plane flying low over our house, I heard a clunking sound, it flew on over our fields and then there was a loud crack and we saw two pilots ejecting.

‘I watched as their parachutes opened. I then saw the plane bank left and over the top of a hill before hearing a very loud bang.

‘There was no smoke or fire and I hear from locals that thankfully no one was seriously hurt.’

A farm worker who said he rushed to help the two pilots said they seemed ‘OK’ and were chatting when he found them.

David Hosken, from Mudgeon Farm, said: ‘We looked up and could see between the two sheds that there was two men parachuting out of a jet.

‘We raced on the quad bike up across the field to see if we could find where the jet was heading. It was banking to the left away from the river.

‘When we got to where they were, they were both chatting, seeming OK.’

The company wrote on Facebook: ‘A Royal Navy Hawk aircraft from 736 Naval Air Squadron crashed this morning during a flight from RNAS Culdrose. Both pilots ejected successfully.

‘This is the first Royal Navy ejection in 18 years with the last being Martin-Baker’s 7000th ejection back in 2003.’

The primary role of 736 Naval Air Squadron is to provide simulated ship attacks for Royal Navy and NATO units in the run-up to deployment – using their jets to replicate the threats from enemy fighter aircraft and high-speed sea-skimming missiles.

This comes just days after Defence Secretary Ben Wallace revealed the UK’s fleet of 36 Hawk T1 jets will be axed and replaced with drones. 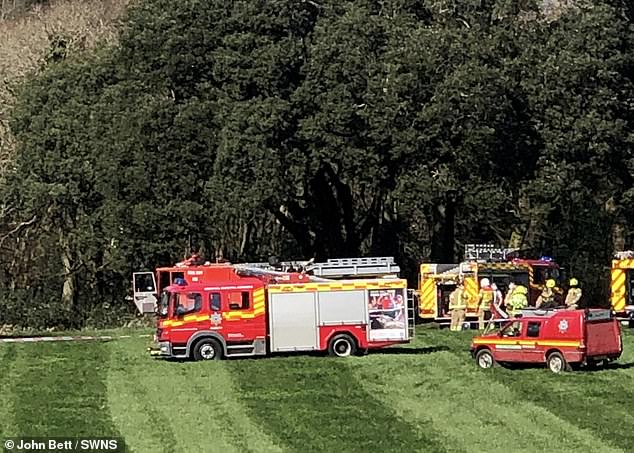 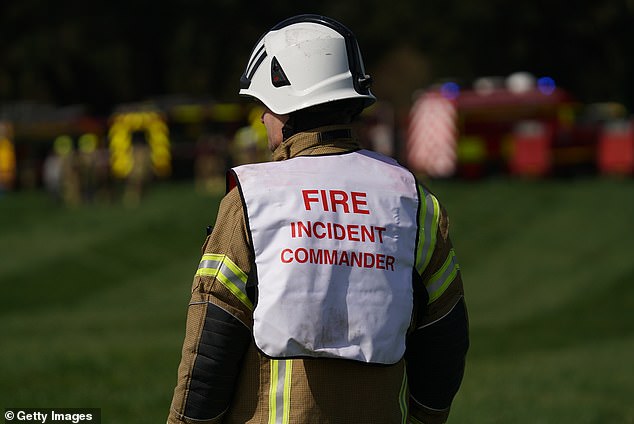 The pilots were taken to hospital after ejecting from the Royal Navy Hawk aircraft. Pictured, A stock image of a BAE Hawk T1

Sergeant Chris Miles of Devon and Cornwall Police said from the crash scene: ‘We’ve had a call this morning about an aircraft which has come down in the bottom of this field and the debris from it is into the woods beyond.

‘So there is no actual aircraft that you can see in the field. There were two people aboard that have been taken to hospital.

‘It is not believed to be life-threatening or life-changing. We are just in the recovery stage for parts of the aircraft.

‘The fire brigade and Culdrose are in attendance making it safe. Aviation fuel is the main hazard at the moment. I believe it’s from RNAS Culdrose. A training aircraft of some description.’ Debris was strewn across the field and adjoining woods in the wake of the crash. Pictured, police at the scene 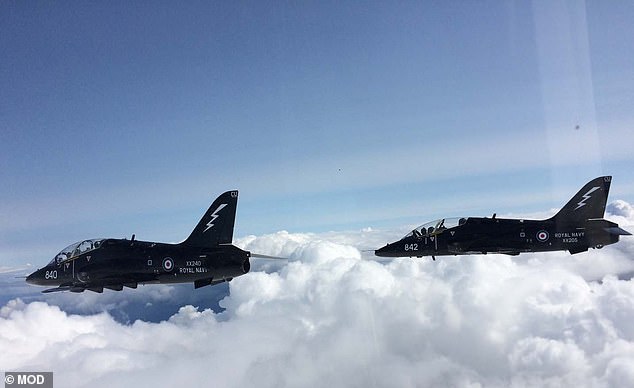 The primary role of 736 Naval Air Squadron (pictured), is to provide simulated ship attacks for Royal Navy and NATO units in the run-up to deployment An open day at RNAS Culdrose near Helston in Cornwall. The jet had taken off from the base before coming down

The force tweeted: ‘Emergency services are currently in the St Martins area of Helston following reports of a plane crash. Two people have been treated by ambulance at the scene and will now be taken to hospital. Their injuries are not currently thought to be life-threatening or changing.’

South Western Ambulance Service wrote on Twitter: ‘We were called on Thursday at 9.45am to reports of a plane crash in the area of St Martin’s near Helston in Cornwall. We sent land and air crews to attend the incident.

‘We treated two patients at the scene and transported them to hospital for further care. Their condition isn’t thought to be life-threatening.’

Under plans unveiled by the Government earlier this week, a vast slew of fighters, transport aircraft, trainers and helicopters will be phased out over the next few years.

They will be replaced by the next generation of unmanned fighting platforms, including long-range Protector aircraft and ‘swarming drones’ that work alongside conventional attack aircraft.

The changes were set out in a defence command paper that includes £3 billion for new vehicles, long range rocket systems, electronic warfare and cyber capabilities.

Titled ‘Defence in a Competitive Age’, it sets out how forces will spend more time deployed overseas to support allies and deter hostile powers such as Russia, which was identified in the Integrated Review as the ‘most acute threat’ to the UK. 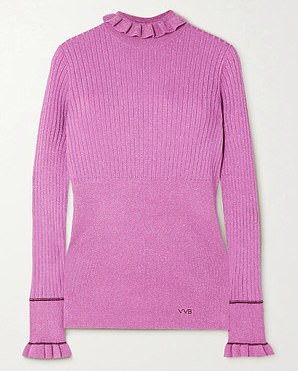 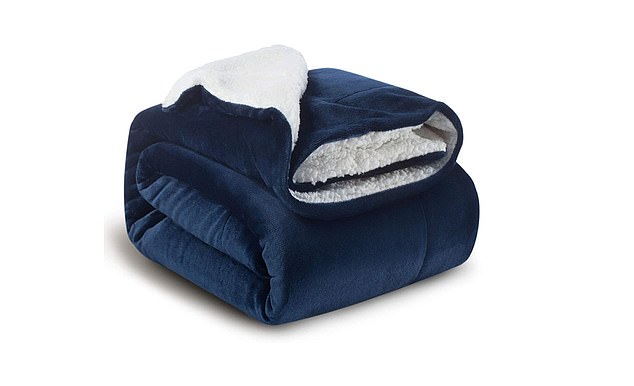 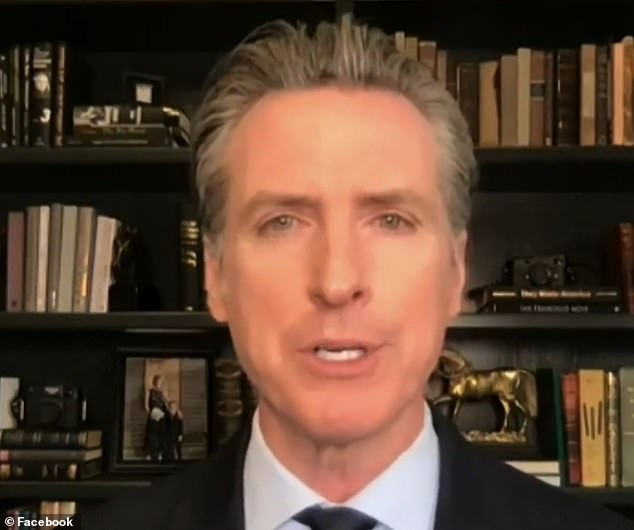