Meghan Markle and Prince Harry’s tell-all interview with Oprah Winfrey was released on Sunday. Here are 10 big revelations the couple made during the sit-down conversation.

Meghan Markle and Prince Harry sat down with Oprah Winfrey for an explosive tell-all interview where they talked about their decision of leaving the Royal Family, the newest member of their family, the racism and the constant bullying, and more.

The Duke and Duchess of Sussex were married in their back garden by the Archbishop of Canterbury three days before their fairytale wedding, they told Oprah Winfrey. Meghan told Oprah, “Three days before our wedding we got married. The vows we have framed. We called the archbishop, and we just said, ‘Look, this thing, this spectacle is for the world, but we want our union between us’.”

They told Oprah the ceremony was “just the two of us in our backyard with the Archbishop of Canterbury”.

MEGHAN MARKLE AND PRINCE HARRY TO HAVE A GIRL

Meghan Markle and Prince Harry announced that they are having a baby girl during their sit-down interview with Oprah Winfrey. Making the revelation, Harry said, “To have a boy and then a girl – what more can you ask for?”

When asked if they would have more babies, the couple said, “Two is it.”

Harry also said that he was grateful for becoming a father again. He said, “Grateful, having any child, any one or a two would have been amazing, but to have a boy and then a girl…now we’ve got our family and we’ve got four of us.”

Talking to Oprah, Meghan revealed that the Royal family members had conversations with Prince Harry before Archie’s birth and had concerns about the baby’s skin colour.

She said, “They didn’t want him to be a prince or princess, not knowing what the gender would be, which would be different from protocol, and that he wasn’t going to receive security. In those months when I was pregnant, all around this same time, so we have in tandem the conversation of, ‘you won’t be given security, not gonna be given a title’ and also concerns and conversations about how dark his skin might be when he’s born.”

She also told Oprah how she had suicidal thoughts during her time in the Royal Family. She said, “I was ashamed to say it at the time and ashamed to say it to Harry…I just didn’t want to be alive anymore. That was a very clear and real and frightening constant thought.”

HARRY ON BLINDSIDING THE QUEEN AND RIFT WITH CHARLES

During the interview, Harry said that he did not blindside his grandmother, the Queen, while announcing his and Meghan’s decision to step down as senior Royal Family members. He also said that his father, Prince Charles, had stopped taking his calls. “When we were in Canada, I had three conversations with my grandmother and two conversations with my father before he stopped taking my calls. And then he said, ‘can you put this all in writing’,” Harry said.

He also said that he told Prince Charles that he would announce the departure and then put it all out on January 7.

Harry also said that his relationship with Prince Charles is strained as he failed to support his son. “I feel really let down because he’s been through something similar, he knows what pain feels like, (and) Archie’s his grandson. I will always love him but there’s a lot of hurt that’s happened and I will continue to make it one of my priorities to try and heal that relationship,” he added.

MEGHAN DID NOT MAKE KATE CRY DURING THE WEDDING

After Meghan Markle’s wedding to Prince Harry, several news stories said that Kate Middleton cried because of her. Meghan denied the claims in front of Oprah. She said it was a turning point in her relationship with the media.

When asked whether Kate cried because of her, Meghan added, “The reverse happened. A few days before the wedding she (Kate) was upset about something, pertaining to yes, the issue was correct about the flower girl dresses, and it made me cry. And it really hurt my feelings. Everyone in the institution knew that didn’t happen. I am not sharing that piece about Kate to be in any way disparaging about her. I would hope that she would want that to be corrected.”

However, according to Meghan, the Palace was willing to lie to protect other family members but not her and her husband.

While talking to Oprah, Meghan said that she “entered the Royal Family naively”. She said, “Being American, it is easy to have an image of it that is far from reality.” She also added that “I regret believing them (the Palace) when they said I would be protected”.

“I didn’t understand what the job was. What does it mean to be a working Royal? What do you do?” she added. She also said she “didn’t do any research” before she dated Prince Harry.

According to Meghan, there wasn’t a huge formality the first time she met Her Majesty. She even did a “very deep curtesy” when she met the Queen and that it was “lovely and easy” the first time they met.

PALACE CUT OFF MEGHAN AND HARRY FINANCIALLY IN 2020

Prince Harry revealed that the Royal family cut him off financially at the start of 2020 after they announced the plans to step back from their Royal roles. He said that he was able to afford security for his family because of the money his mother, Princess Diana, left behind.

He said, “My family literally cut me off financially in the first quarter of 2020. I have got what my mum left me. I think my mum saw it coming. And I felt my mum’s presence through this process.”

Meghan said that she requested the Palace to provide for Harry’s security. “They took away Harry’s security. I wrote letters to his family I accept that I couldn’t have it. But I said ‘please keep my husband safe. Please don’t pull his security. And they said it’s not just possible’.”

PRINCE HARRY SAYS HE FELT TRAPPED IN THE ROYAL FAMILY

He added that he was “trapped within the system, like the rest of my family are. My father and my brother, they are trapped, they don’t get to leave”. He also said that he felt huge compassion for them because of that.

“When you can see something happening in the same kind of way, anybody would ask for help, ask the system of which you are part of, especially when you know there is a relationship there that they could help and share some truth or call the dogs off. So, to receive no help at all…to be told continuously this is how it is, we’ve all been through it. It takes living in her (Meghan’s) shoes for a day to see where it was gonna go and how far they (the UK press) would take it,” he said.

On what Diana would have made of everything, Harry told Oprah, “She would feel very angry at how this has panned out and very sad. But all she’d ever want for us is to be happy.”

PRINCE HARRY ON HIS RELATIONSHIP WITH PRINCE WILLIAM

Harry told Oprah that his relationship with William is one of “space at the moment and time heals all things hopefully”. He said, “I love William to bits, he’s my brother, we’ve been through hell together, we have a shared experience, but we were on different paths.” 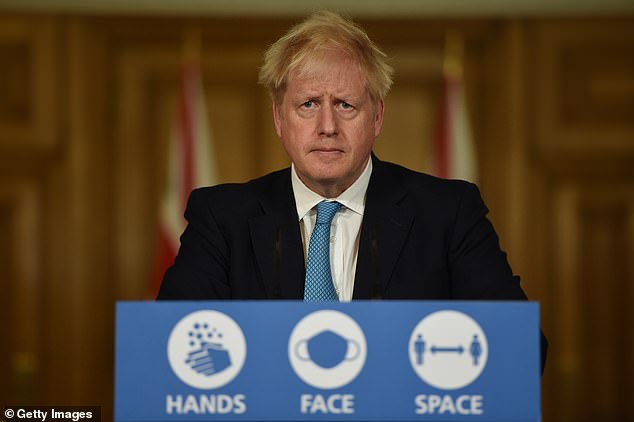