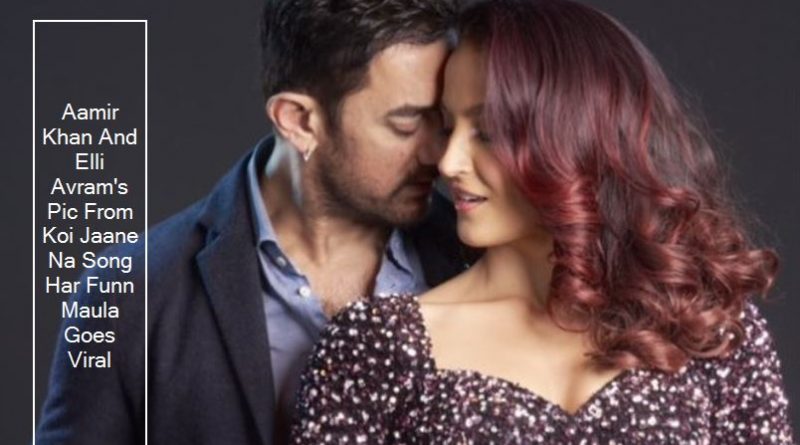 Aamir Khan looks handsome as always in a light blue shirt, brown trousers and a blazer

New Delhi: Do you remember the viral video featuring Aamir Khan and Elli Avram dancing on the sets of upcoming film Koi Jaane Na? Well, on Saturday, Elli sent the Internet into a tizzy by sharing a poster of their dance number Har Funn Maula. The picture shows Aamir Khan romancing Elli Avram, who looks stunning in a shimmer dress. Aamir Khan can be seen dressed in a light blue shirt, brown trousers and a blazer. Sharing the photo, Elli Avram wrote: “He’s the Jack of all trades, she’s the Queen of the dance floor. Get ready to meet them on March 10. #KoiJaaneNaMovie. #HarFunnMaula.” Check out her post here:

Earlier in February, a video from the sets of Koi Jaane Na went viral. The leaked video features Aamir Khan and Elli Avram grooving to a dance number for a special song sequence of the film. Watch the clip here:

A few days after that, Elli Avram shared a thank you note for Aamir Khan that read: “Blessed to have worked with the most warm-hearted, humble, kind and supportive Aamir Khan. Thank you for being you.” Here’s the post we are talking about:

Koi Jaane Na is directed by Aamir Khan’s close friend Amin Hajee, with whom he has worked in films like Lagaan and Mangal Pandey: The Rising. The movie stars Kunal Kapoor in the lead role

In terms of work, Aamir Khan will next be seen in Laal Singh Chaddha, which will release on Christmas next year. The film is a Hindi remake of the 1994 film Forrest Gump, which starred Tom Hanks in the lead role 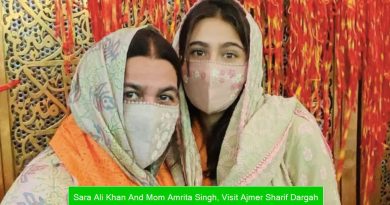