Jason Bateman filmed his Golden Globes appearance from Jennifer Aniston’s home! The actor, who was nominated for his role in ‘Ozark,’ used her bookshelf as his video background.

Jennifer Aniston is the ultimate stage BFF in new photos she shared in support of pal Jason Bateman at the Golden Globes on Sunday, February 28. The actress hosted the actor and his family at her home to watch the award show — in which Jen and Jason, both 52, would’ve otherwise attended if it weren’t for the COVID-19 pandemic. When it came time for Jason to appear virtually at the Globes (he was nominated for Best Television Actor in a Drama Series for his role in Netflix’s Ozark!), Jen documented what the camera didn’t reveal during the broadcast.

“Bateman came over and brought the @goldenglobes with him,” she captioned a photo of the actor and his daughters Francesca Nora, 14, and Maple Sylvie, 9, in front of a laptop and large ring light. Jen also noted that she didn’t move any of her decorations or furniture around to accommodate Jason’s appearance. Instead, she kept her framed photos with her father John Aniston and family on the table Jason and co. sat at, and wrote, “Dad and I made a lil cameo.” Jen drew an arrow to the framed photographs.

In a separate clip, Jason was waiting his cue to be camera ready, while another person helped angle his light. Jen’s home, which included a large bookshelf with a variety of delicate decor items, served as a gorgeous backdrop for the actor’s video. “My paint by number finally found its calling,” she quipped in another photo. 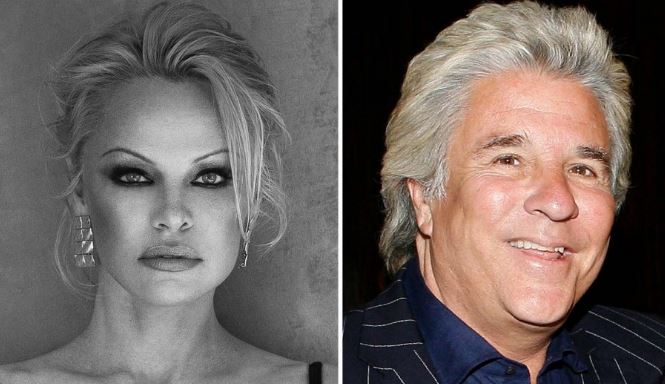