A United Airlines flight experienced an engine failure just after takeoff from Denver International Airport on Saturday, the Federal Aviation Administration said on Sunday. However, it made an emergency landing back safely in Denver.

AUnited Airlines flight experienced an engine failure just after takeoff from Denver International Airport on Saturday, the Federal Aviation Administration said on Sunday. However, it made an emergency landing back safely in Denver.

Dramatic images showed large pieces of the plane fell onto several neighborhoods and scattered on the ground.

As per the airlines, the Boeing 777-200 plane, with 231 passengers and 10 crew on board, was heading to Honolulu when it suffered the engine failure soon after takeoff.

There were no reports of injuries, either on the plane or the ground.

Images posted by police in Broomfield, Colorado appeared to show plane debris on the ground, including an engine cowling scattered outside a home and what appeared to be other parts on a turf field. Police tape was used to cordon off the debris.

One video taken from what appeared to be inside the United plane showed an engine on fire.

Another video on social media showed a cloud of black smoke being left by a plane.

“Something blew up,” a man on the video can be heard saying.

In an audio recording, a United pilot could be heard making a mayday call to air traffic control.

“Mayday, aircraft just experienced engine failure, need to turn immediately,” according to audio from the monitoring
website liveatc.net, which was reviewed by Reuters.

The FAA said it and the National Transportation Safety Board (NTSB) will investigate. The NTSB said it had opened an investigation.

“If you find debris PLEASE don’t touch it or move it. The @NTSB wants all debris to remain in place for investigation,” the Broomfield police department said on Twitter.

The 26-year-old 777 was powered by two Pratt & Whitney PW4000 engines. Investigators will focus on what caused the engine on the plane to fail and will look at whether a fan blade failed.

Boeing declined to comment and referred questions to United.

On the other hand, union of pilots at United Airlines said in a statement: “We commend the crew of United Flight 328 for safely returning to Denver after experiencing a significant uncontained engine failure. We are thankful for the tremendous teamwork shown by the entire flight and cabin crew, and that there were no injuries on the ground or in the air.”

“Extremely rare engine failures like this prove there is no substitute for experience and that the most important aircraft safety system is two well-trained, highly skilled, professional pilots at the controls on the flight deck. Throughout this pandemic, we have never reduced safety margins. At United, no pilots were furloughed and we ensured that we kept our pilots qualified and proficient on our flight decks,” it said.

In February 2018, an older Boeing 777 operated by United and bound for Honolulu suffered an engine failure when a cowling fell off about 30 minutes before the plane landed safely. 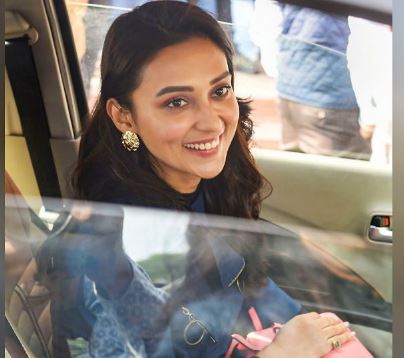 Nitish Kumar’s Promise To School, College Girls If Voted Back To Power