A woman made a man in Bengaluru to strip on a video call, recorded the call and then threatened to make the clip public to extort Rs 1 lakh from him. A cheating and extortion case has been filed against the woman.

man in Bengaluru, who stripped naked on a video call for a woman, ended up paying Rs 20,000 to her after she recorded the call and threatened to make the clip viral. The man had bared himself after the woman asked him to remove his clothes during a video call on WhatsApp.

Ambit Kumar Mishra has filed a cheating and extortion case against one Shreya. The incident happened on February 7 when the man was on a WhatsApp video call with the woman who claimed to be a Software Engineer in Bengaluru, Karnataka.

The two met on the matrimonial site and started talking after Shreya expressed interest to marry Ambit. In his complaint, Mishra said the two were on a video call and were talking about their professions but Shreya, later on, removed her clothes and asked him to do the same.

“When I did, she recorded the call and demanded Rs 1 lakh, threatening to make the clip public. I paid Rs 20,000 to her on February 7. Now, she is demanding more money,” Ambit Mishra said in his complaint. 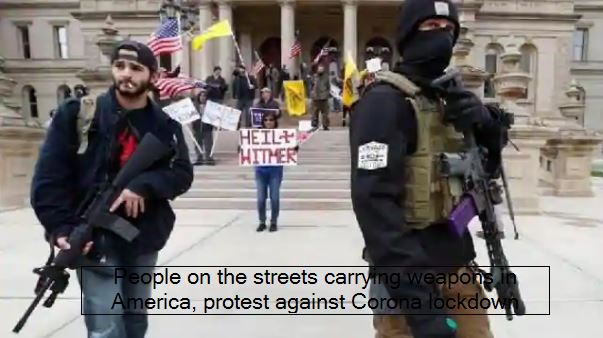 People on the streets carrying weapons in America, protest against Corona lockdown