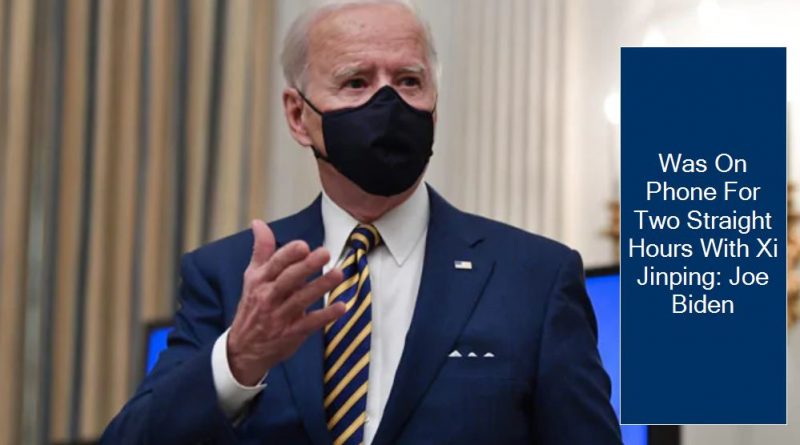 President Biden warned that if the United States doesn’t “get moving” on China policy, “they’re going to eat our lunch.”

“Last night, I was in the phone for two straight hours with Xi Jinping,” Biden told reporters — an unusually long interaction for a US president, with whom even face-to-face meetings rarely stretch beyond an hour.

Biden warned afterwards that if the United States doesn’t “get moving” on China policy, “they’re going to eat our lunch.”

He challenged President Xi Jinping on human rights, trade and regional muscle-flexing during the call, which aimed at setting the tone for the US-China relationship.

Beijing has tested US ties since Xi Jinping came to power, and under former president Donald Trump found itself on the receiving end of trade tariffs as relations frayed.

Biden — who met Xi Jinping during his time as vice president under Barack Obama — is under pressure to maintain Trump’s stance.

Earlier, the White House said the president “underscored his fundamental concerns about Beijing’s coercive and unfair economic practices, crackdown in Hong Kong, human rights abuses in Xinjiang, and increasingly assertive actions in the region, including toward Taiwan,” during the call.