In August 2020, the Washington Football Team head coach, Ron Rivera announced that he was diagnosed with skin cancer, but assured at that time that he was in an early stage of it. Now, this Thursday, the 59-year-old coach’s wife and daughter revealed that his treatment was successful and he has managed to beat cancer.

“Prayers have been answered. Thank you to all the doctors and nurses who ‘trained’ @RiverboatRonHC and me and gave us the winning game plan to defeat cancer. The positron emission tomography scan said it all, cancer, you lost this fight! #RiveraStrong, “wrote his wife Stephanie Rivera on Twitter.

Prayers have been answered. Thx to all the Drs & nurses who “Coached up” @RiverboatRonHC and me and gave us the winning game plan to defeat cancer. The PET scan said it all, cancer you lost this fight! #RiveraStrong

In October, after two months of making the announcement of malignant cells in his body, Ron Rivera announced that he had completed his cancer treatment, he did so just one day after crushing the Dallas Cowboys 25-3 in week 7 of the NFL regular season.

Thank you all for the love and prayers. I just got off the phone with mom and dad leaving the hospital @RiverboatRonHC He’s officially cancer free !!!”Announced his daughter Courtney, also on Twitter.

Thank you all for the love and prayers ❤️💛 just got off the phone with mom and dad leaving the hospital @RiverboatRonHC is officially cancer free !!! https://t.co/zxHls7WV7g

Rivera was in treatment for seven weeks, including three rounds of chemotherapy and proton therapy five days a week, was out of three practices with Washington, but never missed a regular season game, finishing with a 7-10 mark, which reached him to qualify for the wild card round where he was eliminated by the Buccaneers 31-23. 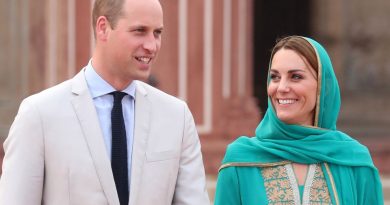