President Biden agrees to change the rules for who would get new help.

The congressmen must establish a new line on what is the limit to receive one hundred percent the next stimulus check, after the president Joe biden will pressure them to approve it, though go “directed”.

Currently, the rules state that those who earn a maximum of $ 75,000 a year and married couples who earn less than $ 150,000 a year receive the full amounts. That would no longer be the same.

It is early to anticipate how many people would be left out of the aid plan against COVID-19But both President Biden and congressmen talk about the 100 percent amount, since as the maximum income is exceeded the amount of aid is reduced to zero.

“There is a legitimate reason for people to say, ‘Have you got the lines drawn the right way? Should (the check) go to someone who earns more than X dollars or why? ‘”, the president recognized in a press conference.

What happened to other checks

In the case of the $ 600 aid, those ranges were lowered, due to calculations made by the IRS, so those earning $ 87,000 a year no longer received help.

“I am open to negotiate those things. That’s it. I chose it (the amount) because I thought it was rational, reasonable, and had overwhelming bipartisan support in the House when it passed. But all this is a moving target, ”the president emphasized.

The Democrat’s position comes after a meeting between senators from both parties and White House officials, where congressmen expressed their doubts about the destination of the money and pointed out that the direct check should go to those who need it most.

“I prefer these things to be bipartisan because I am trying to generate some consensus and draw, how can I say it, the poison of all this”Biden said.

This week the legislators will work on the proposals and it is expected that in a maximum of two weeks there will be an approval plan in both chambers, once the concerns of both benches have been addressed. 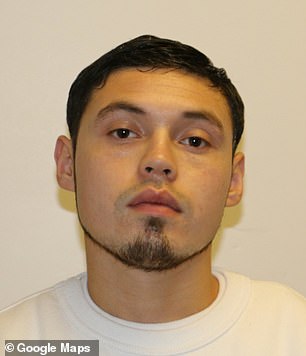