A woman found a strange message in her trash can. As it could be seen in a video that went viral on TikTok in the last hours, the inscription seemed like some kind of code that’s hard to crack. After sharing the images on the social network, other users alerted her to its dangerous meaning.

As they went out to her sidewalk, the woman, named Jade Jules, found the container covered in snow. On the white surface, someone he had drawn a big “1F”. His confusion was enormous: what did that message mean on the door of his house? After receiving the help of his followers, he realized that he was at risk.

What does this mean? @dutchintheusa

The filming of the woman had more than 8 million views. Thousands of those users understood the same: “F” means “female”, And seeing this initial on the door of a house could be the mark that a thief leaves to account for who lives in the house. In this case, “1F” would indicate that only one woman lives.

Jade was very scared by the repercussions of her video. In fact, most of the tiktokers who interacted with her recommended that she call the police immediately. Thus, he decided to file a complaint at the local police station.

Unfortunately, days later, the author of the publication said that the police could not do much. In addition to erasing the mark on the garbage can, they advised him to be careful. For her part, Jade said that, unable to get out of the panic, she moved to her mother’s house for a few days. 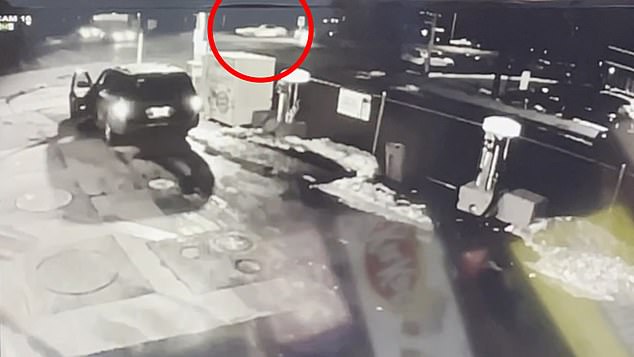 Applebee’s gives you 40 FREE Super Bowl wings. Find out how | The State A 12-year-old boy reportedly died of a lice infestation in Georgia; parents arrested for murder | The NY Journal