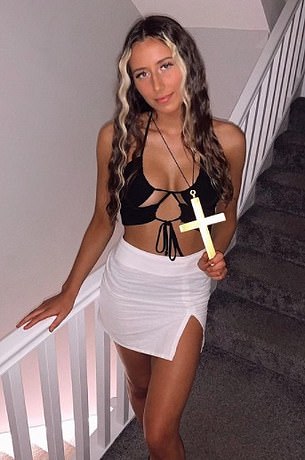 The student daughter of a senior police chief has been caught on video at an illegal party brazenly flouting lockdown restrictions.

Second-year undergraduate Amy Slattery, 19, is seen dancing along to ‘Murder on the Dancefloor’ with other students at Leeds Beckett University in the clip from a boozy Saturday night party where no masks or social distancing were evident.

Her father, Cumbria Police Assistant Chief Constable Andy Slattery, has been at the forefront of the fight to control the pandemic and is chair of the county’s multi-agency Covid-19 Strategic Coordination Group.

The damning video footage of Amy and her mates in Leeds was posted to Snapchat by a fellow reveller from the event at 3am on Sunday. It is believed to have been held in one of the university’s halls of residence.

The day after the party, the university tweeted on its official account: ‘Unfortunately a small number of students have breached the regulations by organising or attending parties/gatherings in halls, putting the safety and welfare of other residents and staff at risk.’ 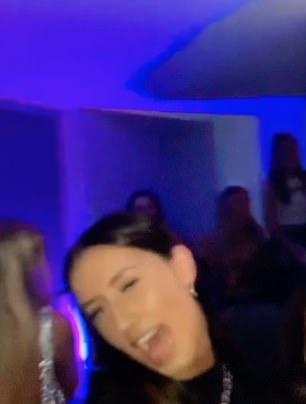 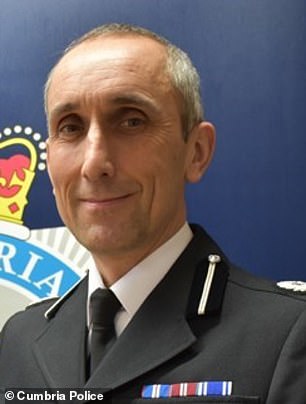 Ms Slattery, 19, a second year student, was seen (left) dancing at the party that lasted until 3am on Sunday. Her father is Cumbria Police Assistant Chief Constable Andy Slattery (right)

The young people in the video were clearly making no attempt to take precautions against Covid-19 as the music boomed out, despite the fact that Leeds has been hard-hit by the virus.

A source told MailOnline they had been ‘utterly disgusted’ to witness the footage from the party.

‘Of course, it’s not just Amy who was behaving irresponsibly, but given who her father is, it’s outrageous that she has ignored all the rules in this way. 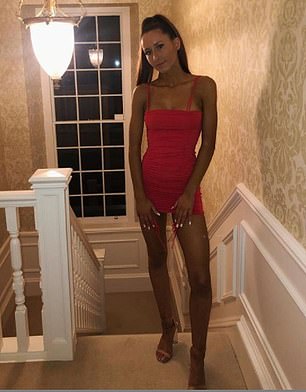 ‘Her dad is never off the local TV and radio, rightly ramming home the message that we must all adhere to the laws on wearing facemasks and maintaining a safe distance if we’re to stay safe from this disease.

‘Andy takes all this very seriously. This won’t go down well at all.’

More than 1,000 people in the city have died since the start of the pandemic, and many areas of the city are still seeing above average infection rates.

ACC Slattery appears frequently on local media giving advice to the public on anti-Covid laws, and recently featured nationally when he pleaded with day-trippers to avoid driving to the Lake District to reduce infection.

In an interview with BBC Cumbria, earlier this month, he explained there had been 559 breaches in the county, resulting in 68 people being issued with a fixed penalty notice.

On January 10, a week before the party, Leeds Teaching Hospitals NHS Trust was one of five major trusts in England which ran out of adult critical care beds.

Universities have been regarded as a key driver in spreading the virus not only within cities, but also across the country as students travel to and from home. Mr Slattery (pictured), 53, joined the force in 1991, after graduating with a BA (hons) in Sociology from Lancaster University and was promoted to ACC in April 2019 In his role as chair of Cumbria’s multi-agency Covid-19 Strategic Coordination Group, Mr Slattery has often tweeted telling people to stay home and only go out when necessary

Statisticians have found that infection rates often rise more rapidly in areas with a high density of students in major university cities such as Leeds, Manchester and Sheffield.

Mr Slattery, 53, joined the force in 1991, after graduating with a BA (hons) in Sociology from Lancaster University and was promoted to ACC in April 2019.

Having been a detective in every rank of the force he has previously held posts as Head of Serious and Organised Crime, Counter Terrorism, Public Protection and Intelligence, taking on the role of Detective Chief Superintendent, Head of Crime in October 2016.

The Cumbrian-born officer lives with his family in the county, and is a competitive fell-runner, ultra distance runner and a member of the Bob Graham Club, whose members run up and down as many Lake District hills in 24 hours as possible.

Amy, who is a keen runner herself, attended the exclusive £25,500-a-year mixed independent Sedbergh School in Cumbria.

When MailOnline called at Mr Slattery’s home, his wife Rachel, 52, replied: ‘It’s nothing to do with me, sorry’ and closed the door.’

Leeds Beckett University tweeted its disappointment (above) that students who attended parties, putting the safety and welfare of other students and staff at risk faced a £500 fine

Cumbria Deputy Chief Constable Mark Webster said in a statement: ‘We have been made aware of a video which appears to show a number of individuals at a party in another police force area. Any investigation into that is a matter for the local force concerned.

‘However, we are at a critical stage in the pandemic and the rules and guidance are clear. It is incumbent on everyone to comply, to ensure that we reduce the spread of infection.

‘In line with our policy throughout the pandemic we do not identify or single out individuals that have breached, or are alleged to have breached, restrictions – and this instance is no different.

‘Cumbria Constabulary continues to encourage everyone to follow the restrictions, which are in place to stop the spread of the virus, protect the NHS and save lives.’

A Leeds Beckett University spokesperson said: ‘The majority of students act responsibly and all Leeds Beckett students have been made aware of their personal and collective obligations when it comes to safety, social distancing and government guidelines on Covid-19. ‘Where students are found to have breached the regulations by organising or attending parties in halls we act swiftly to investigate and take action as necessary.

‘Students who break the law by organising or attending parties in halls will face disciplinary action which could lead to a fine of up to £500 under the Student Code of Conduct.’

Alex Scott: The girl who dreamed of playing at Wembley and won legion of fans on Strictly 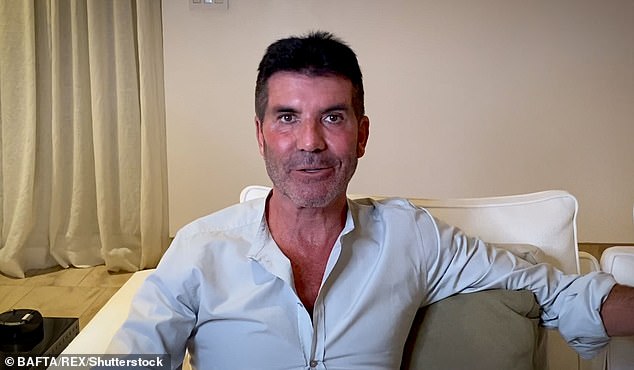