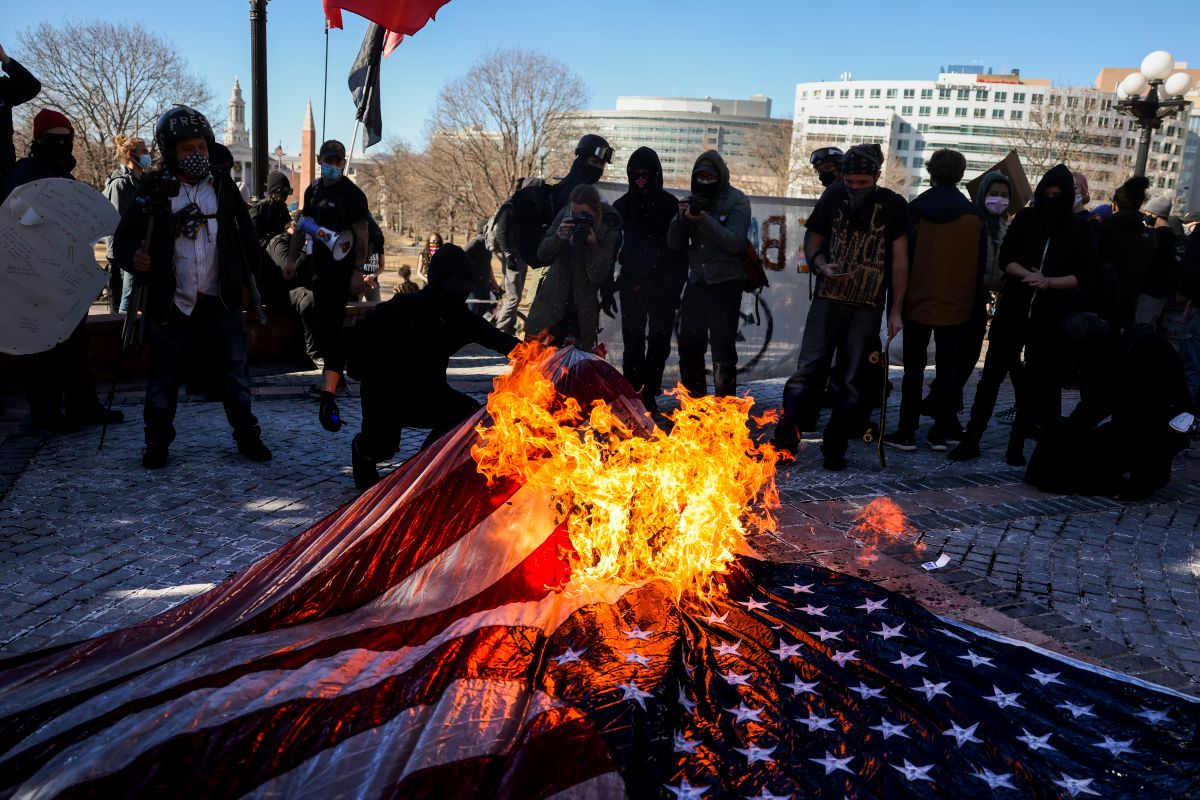 Members of Antifa burned an American flag near the state Capitol in Colorado.

Protesters associated with the Antifa movement smashed the windows at the headquarters of the Democratic Party in Portland, Oregon, burned American flags in Denver, Colorado, and vandalized stores in Seattle, Washington, hours after the investiture of Joe biden and Kamala Harris.

The mutineers took on the violent role played on January 6 by far-right followers of outgoing President Donald Trump when they stormed the federal Capitol.

However, despite threats on social media over the past weeks to do the same at the inauguration, no incidents were reported until those of entry on Wednesday afternoon that are attributed to Antifa.

In Oregon, federal police officers were forced to spray gas at protesters in an attempt to disperse them. Last night, the group also threw rocks and eggs at the Immigration and Customs Enforcement building in Portland.

The Efe news agency report states that about 150 protesters dressed in black arrived at the local headquarters of the Democratic Party, where they also filled the structure with paint.

While some of them vandalized the building, others tried to protect their colleagues from being recorded by security cameras, covering them with umbrellas.

Police arrested some protesters, from whom a firearm, knives and metal posts were confiscated, according to local media Katu News. According to the report, one of the protesters tried to take a bicycle from a policeman when he took a large knife from him.

The protesters carried a banner that read “We don’t want Biden, we want revenge” with the symbol of anarchy and painted weapons,

Another poster could read “We are ungovernable.”

The group has been classified by analysts as a left or far-left organization that fights against fascism. Its members have focused on fighting the ideology of the extreme right, rather than promoting actions that represent a specific political sector.

With an anti-capitalist discourse, their tactics have been related to those of anarchist groups, rather than the traditional left.

In this sense, according to a BBC Mundo report, Antifa does not rule out the use of violence as a valid method of protesting in the streets, including the destruction of private property, and even physical violence against their opponents. Sol Pérez, the Argentine Yanet García, said goodbye to the beach with a new postcard in a bikini | The State