There is extreme surveillance in Washington, D.C.

Although the issue of security is a priority in the planning of the inauguration ceremony of the government of the president-elect Joe biden and the vice president-elect Kamala harris, the concern of a possible attack remains.

In fact, it is feared that some aggression is direct to the elected president, so the FBI has increased the scrutiny even of the National Guard soldiers.

This Tuesday, for example, two members of the Army National Guard were withdrawn from their surveillance functions at the inauguration, due to this security investigation, in order to guarantee that the troops do not have links with extremist groups.

With information from a defense official, CNN confirmed the removal of the officials, but the reasons were not given.

“Due to operational security, we do not discuss the process or the outcome of the investigation process for the military members who support the inauguration.”, indicated the source.

Ashley biden He acknowledged on NBC News that he fears for his father’s safety, but trusts that the surveillance is sufficient.

“I think that anyone you know, love, and are being threatened, yes, you do care.”, said. “However, the Secret Service is incredible… The violence makes me deeply saddened.”

In addition to the coronavirus pandemic, the inauguration ceremony will be very different from others, due to security fears, which has forced the deployment of more than 20,000 elements of the National Guard. 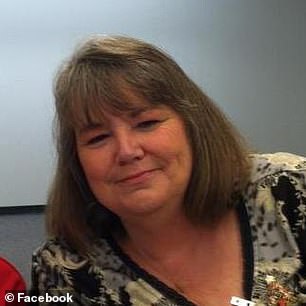 Teachers aide, 41, and her paramedic brother, 51, die from coronavirus one day apart in Florida