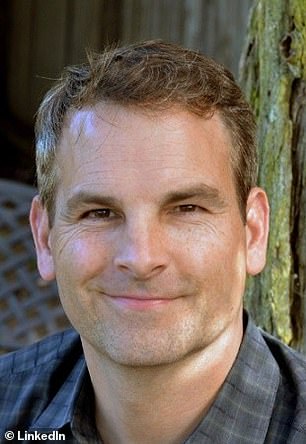 A San Francisco investment firm VP described as a mentally ill anti-vaxxer obsessed with government mind-control killed his nine-year-old son and then himself last week amid a legal battle with the boy’s mother over his vaccinations and health care.

Stephen O’Loughlin, 49, and his son, Pierce, were found dead from gunshot wounds inside his apartment in San Francisco’s Marina District on Wednesday evening by police performing a welfare check at the request of the boy’s mother.

The mother, Lesley Hu, 41, called the police after learning that her son had failed to show up for class at Convent & Stuart Hall, his $35,000-a-year Catholic school in the center of the city. 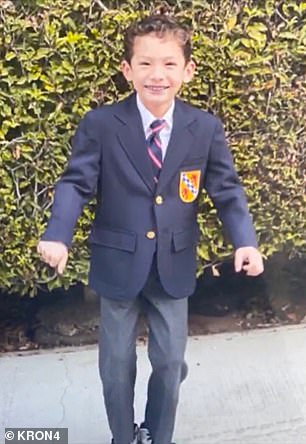 San Francisco business executive Stephen O’Loughlin, 49 (left), shot and killed his nine-year-old son, Pierce (right), and then himself amid a custody battle on Wednesday A family attorney said O’Loughlin and his ex-wife, shipping executive Lesley Hu (pictured together at an event) had been locked in a bitter custody dispute that revolved around their son’s health care Police are investigating the deaths as a murder-suicide.

According to his LinkedIn page, O’Loughlin served as regional vice president at LoCorr Funds, an investment management company headquartered in Minnesota.

His ex-wife, who divorced him in 2016, had only recently been promoted to executive vice president at Waterfront Global, a container supplier where she has worked for more than 15 years.

O’Loughlin and Hu had been locked in a bitter custody battle that revolved around their son’s healthcare.

The mother’s attorney, Lorie Nachlis, claimed that O’Loughlin suffered from untreated mental illness, which made him paranoid about vaccinations and obsessed with his son’s health.

The San Francisco power couple divorced in 2016, and Hu was seeking sole custody of their son so that she could make medical decisions on his behalf without interference from her ex-husband.

O’Loughlin had given his consent to have Pierce vaccinated on Tuesday, a day before their deaths. According to court records from last September, Hu wrote that O’Loughlin joined a ‘new-age, self-help group’ in 2012 and became convinced that the government was using mind-control on Americans.

By the time the couple divorced, O’Loughlin reportedly had paid the group thousands of dollars.

O’Loughlin had refused to allow his son to be vaccinated from a young age, claiming that Pierce was vaccine-injured and had suffered serious side effects as a result of receiving shots as a baby, including vomiting and dramatic weight loss.

‘This is not an “anti-vax” parent seeking to prevent his child from being vaccinated,’ O’Loughlin’s attorneys wrote in a filing from early January.

‘For the average child, the risk-to-benefit ratio for vaccines is in favor of vaccinations. For a certain subset of society, however, that is not the case. Pierce is one of those people.’

Hu, however, denied her ex-husband’s claims and argued that Pierce’s doctors strongly recommended that he be fully vaccinated.

‘[O’Loughlin’s] stance on vaccinations has taken on a cult-like tone,’ Hu alleged.

The mother also claimed that her ex-husband had become so consumed with their son’s health that he would videotape his breathing several times a day ‘to document a stuffy nose.’ 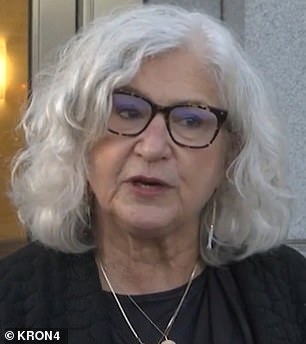 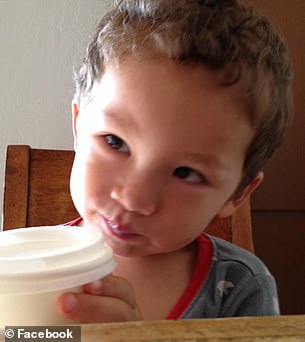 Attorney Lorie Nachlis (left) argued that Pierce O’Loughlin was not killed over vaccinations, but because his father felt he was losing control and wanted to punish his ex-wife

Nachlis, Hu’s attorney, pushed back against the narrative that Pierce was killed solely because of his parents’ feud over vaccinations.

‘In fact, they disagreed about whether Pierce was a healthy child or a sick child. Was his stuffy nose a product of allergies or something bigger? Pierce wasn’t killed because of a disagreement over a stuffy nose and he wasn’t killed because of a disagreement regarding vaccinations. He was killed for much more complex reasons.’

The lawyer argued that O’Loughlin carried out the murder-suicide because he felt he was losing control.

‘He punished Leslie with the ultimate act of violence, killing her child, and she will suffer as I believe was intended for the rest of her life,’ Nachlis told KRON4.

While they were married, O’Loughlin and Hu were heavily involved in San Francisco’s cultural life and helped organize various events. Another one back from the dead! Widow, 94, who Trump said was ‘dead voter’ says she voted for Biden