The “Trumpistas” stormed the US Congress on January 6.

Jennifer Ryan, the Texas real estate agent who took a private jet to Washington to participate in the assault on Capitol last week, she is the most recent indicted at the federal level for the events.

The one involved, who calls herself Jenna Ryan On social media, he described the January 6 attack, in which five people died, including a police officer from the compound, as “the best day” of his life.

He documented trip and assault on social media

Federal authorities alleged in court documents on Friday quoted by the Telemundo network that Ryan traveled with a group to Washington DC on January 5 and documented his two-day trip on social media.

In another recording from her Facebook page, the woman is seen with a group of Donald Trump supporters walking toward the building. “This is the prelude to the war that is about to happen,” he says.

“Life or death, it doesn’t matter”

“Let’s go in here, damn it. Life or death doesn’t matter. Here we go, ”Ryan was quoted as saying.

Hours after the attack, the realtor wrote on Twitter that she had just stormed the Capitol.

“It was one of the best days of my life,” he wrote, as reported by the Hispanic network, citing court documents. In a photo that is part of the evidence against him, he is seen standing next to a broken window in Congress. In the caption, Ryan threatens to attack the news network studios for allegedly lying about the document.

Ryan faces charges of disorderly conduct on the Capitol grounds and of entering or remaining in the space knowing that access was restricted.

After her arrest, the defendant argued that she believed she was attending a peaceful march, but that it turned violent. Black afternoon for Ecuadorians in the Copa Libertadores: They kicked Internacional del Valle and crushed Delfín | The State A third of small businesses have closed this year in New York and NJ: unemployment and multimillion-dollar losses from the pandemic | The State 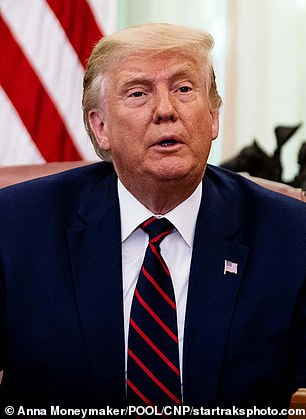 Trump said Hispanics are ‘like blacks’ and ‘too stupid to vote for Trump’, Cohen claims in new book