T.I. and Tiny’s little girl is so grown up! The 4-year-old talked away as she showed off her baking skills in a sweet video with grandma.

Heiress Harris, 4, is loving being an aunt! The daughter of T.I., 40, and Tameka “Tiny” Harris, 45, shared a sweet tidbit about big sister Zonnique Pullins‘s new baby while baking with grandma Dianne Cottle (Tiny’s mom). “One time my niece was at the new house…and the other night my mom said that we should teach my niece how to make good cookies. Good Christmas cookies,” the 4-year-old said. Grandma reminded Heiress that Zonnique’s baby will “only be 1” next year but that she could still “show” her niece how to make them.

Heiress was absolutely adorable in a new baking tutorial which was shared to her official Instagram on Friday, Jan. 15. “Baking Cupcakes With Mamaw!” the caption to the six minute clip, which had Heiress showing off her impressive kitchen kills for the world! She looked like such a pro as she whipped up Pillsbury’s kid-friendly Funfetti mix, cracking eggs, mixing and even reading directions all on her own. At one point, she even critiqued her own egg cracking skills. “That was a very nice yolk! The first one wasn’t! I got some on my face…the other two wasn’t good,” she hilariously said.

“Mix it like you fix it!” she said to herself as she whipped up the sugary mix and prepared to scoop it into a pan with grandma’s help. While mixing away, she some of the tasty batter on her purple Mickey and Minnie Mouse t-shirt and face, prompting another adorable moment. “I have a cupcake mustache!” she exclaimed, noting she didn’t want to get any of the sticky mix on her bed sheets. Towards the end of the video, she even iced her own cupcakes — confessing that vanilla frosting is her “favorite” because it’s just like butter. Yum!

Despite months in quarantine, 2020 ended on a happy note for T.I. and Tiny’s family as Zonnique, 24, welcomed her first child with boyfriend Bandhunta Izzy, also 24. Just a week after the baby girl entered the world, proud grandparents T.I. and Tiny shared an update on FOX Soul’s The Mix. “Zonnique’s doing great. She’s getting her rest in, as much as she can,” Tiny shared. “The baby’s sleeping all the time so she’s been able to rest a lot,” she noted, adding she may be called “Zaza” by her first grandchild.

Zonnique later talked about her experience giving birth, confessing that it was not what she was “expecting.” “Um, the experience is…it is really nasty! We will start there. I didn’t want to sh*t the whole time. I was like, ‘Don’t sh*t, don’t sh*t!’ Cause I don’t even fart in front of my boyfriend in real life. Stuff like that is really nasty to me,” reality star candidly added on Jan. 6 in another episode of FOX Soul’s The Mix. 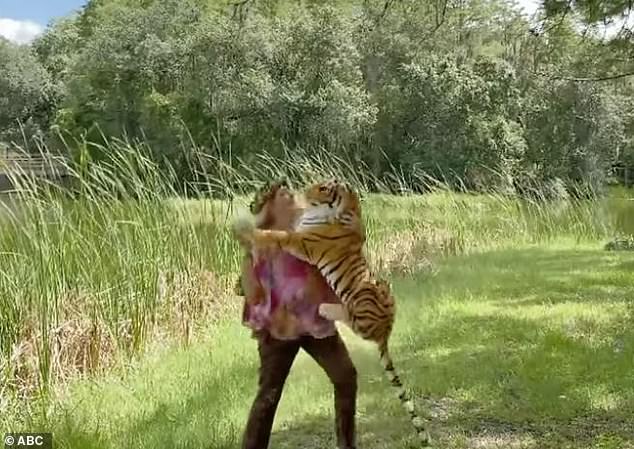