Dubai: A group of Indians expats in the UAE have recreated the 19th century paintings of legendary Indian artist Raja Ravi Varma from Kerala for a 2021 photo calendar.

Shajudheen Jabbar, who goes by the name Shaju’s Spirit in the UAE’s photographic circles, is a photographer by passion. He teamed up with homemakers and professionals from different walks of life for his dream project that pays tribute to the great artist known for making India proud in European art circles during the colonial period.

While reprints of Ravi Varma’s paintings adorn several households in India, especially in Kerala, Shajudheen said not many millennials know about the artist, whose descendants formed the royal family of the princely state of Travancore, in present-day Thiruvananthapuram in Kerala. “I have been passionate about photography since childhood. But chasing that passion remained a distant dream to me till I got settled in Dubai,” said Shajudheen, who works as a sales executive with a printing solutions company in Dubai.

When he started taking his baby steps in professional photography, he said, he got the opportunity to capture the faces of several types of people and celebrities through the cultural programmes and community events organised by his residential association Akgma Social Club. “I tried different types of photography but I slowly understood that my forte is portrait photography.”

Following this, he attended workshops to learn more about the technical aspects of photography, especially lighting. “I am so grateful to photographer Ana Juarez and my friends’ group Dil Se for supporting me chase my dream.”

Once he learnt the tricks of the trade, Shajudheen said he did many photoshoots in and around Dubai. However, he wanted to do something different that challenges his creativity. Thus came the idea of recreating the paintings of Raja Ravi Varma, who was known for mastering the technique of European portraiture with Indian subjects.

He said the project got its impetus when he got the support from Deepika Devaraj, a senior account manager with a marketing company, who is also a talented make-up artist and dancer, and Baiju, an interior designer who is good at painting and graphic designing as well.

Though the trio set out to do the dream project in 2019 to come up with the photo calendar in 2020, Shajudheen said he decided to take a break because a similar concept was used in a photo contest run by a prominent textile brand in Kerala. In February last year, another prominent photographer in India also did the same project by roping in 12 famous actresses and dancers.

The recreated calendar with names of months, models and paintings

However, Shajudheen said the support his team members motivated him to continue with the project because theirs is a tribute to the great artist from the expat world and with the participation of ordinary people. He found 11 muses, who also work in different fields but are passionate about modelling, for the photographs through word of mouth recommendations. “I needed only 11 because the 12th one was already with me, my wife [Shiny Shajudheen] who is also passionate about modelling. She was my first model and I couldn’t do a dream project like this without her.”

However, Shajudheen hit a wall when it came to choosing a Ravi Varma painting that suits the portraiture of Shiny, who works as a senior sales coordinator with a telecom company. “I had to deviate a little bit from the project and include hers by making her do the iconic painting ‘Glow of Hope’ which is also known as the ‘Woman with the Lamp’ done by S.L. Haldankar in 1945-46.”

Though Shiny’s photo, which is used for the month of January, her birth month, is a disclaimer, he said he still used the title Recreation of Raja Ravi Varma Paintings 2021 for the photo calendar. “I wouldn’t say it is a perfect recreation and we didn’t wish to make it perfect as we knew we have a lot of limitations. Also, we wanted to take a little bit of liberty in making use of our own creativity also.”

Baiju’s artistic skills came in handy for recreating the background work. While manual painting was done for the base work in most of them, a lot of graphics also had to be done.

Having got the work printed as 2021 calendar, the trio is content that their low-budget attempt has come out in flying colours.

Their next ambition is to recreate one of the world’s most recognisable paintings — The Last Supper by Leonardo da Vinci. “It is a very distant dream. But, you can’t achieve anything if you don’t dream big,” said Baiju. 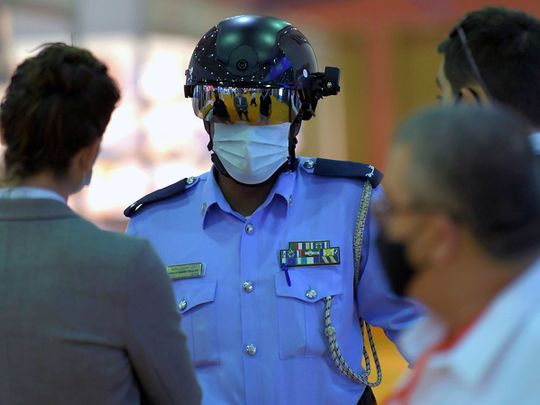 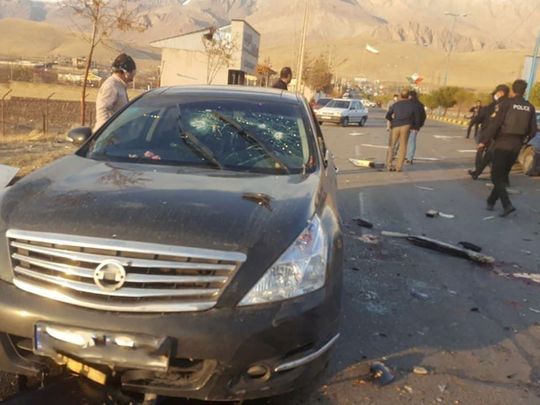