The winter residence and social club that the outgoing president, Donald Trump, owns in South Florida received a warning from local authorities after several attendees of the end of the year party did not wear masks, local media reported Thursday.

The authorities of the Palm Beach County sent a letter to the executives of Mar-a-Lago, Donald Trump’s social club located in Palm Beach, in which they commended to follow the emergency ordinances due to the coronavirus and which includes the use of face coverings or masks.

The warning letter, sent on Tuesday and which was accompanied by a code violation notification, warned that if the mandatory use of masks the club could face fines of up to $ 15,000.

The letter and the notification refer to videos that circulated on social networks and that show many party-goers to say goodbye to 2020 without masks.

Donald Trump and his wife, Melania, did not attend that event, who returned to Washington that same day and earlier than planned, but the son of the outgoing president, Donald Trump Jr., did attend.

The notification to Mar-Lago for the party, in which they performed rapper Vanilla Ice and group Berlin, deserved that the state congressman Omari Hardy criticized last Wednesday night that the club has not been fined or temporarily closed.

“This is disappointing. Send a message that he can get away with violating our mask order. It’s not right, “said the legislator on his Twitter account.

On the same January 1, Hardy sent a formal complaint to the Deputy County Administrator, Todd bonlarron, in which he points out that the party, of which Trump hosts every year at Mar-a-Lago, could become a “super virus spreading event” in Palm Beach.

Days after that letter, the legislator denounced a racist insult that he received by email. 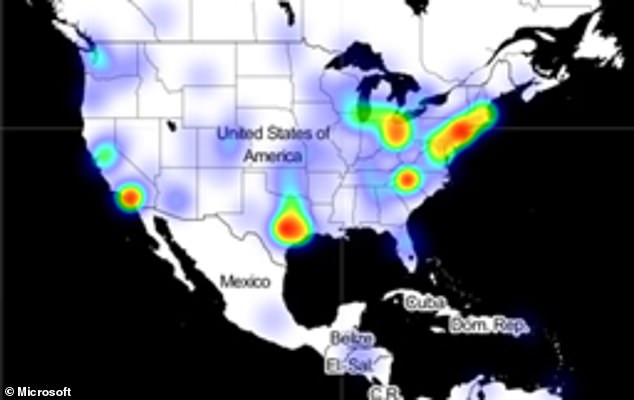 How the ‘Russian’ hack that breached US government unfolded