‘TODAY’ premiered nearly 7 decades ago in 1952. The iconic morning news show has featured many notable hosts and anchors over the years. Take a look back at ‘TODAY’s biggest names then and now.

TODAY is a morning news staple for millions of Americans every single morning. The anchors and hosts provide the latest on what’s happening in the United States and the world. The show first premiered on Jan. 14, 1952. Through the years, TODAY has had some of the best journalists at the news desk.

One of the most recognized TODAY co-hosts is Katie Couric, 64. She first started at TODAY in 1989 as a national political correspondent. She became the main co-host in 1991 after Deborah Norville left. Matt Lauer, 63, became her co-host in 1997. She left her position as TODAY co-host in 2006 after 15 years.

Savannah Guthrie, 49, is the current main co-anchor at TODAY, a position she’s held since 2012. Similar to Katie, Savannah’s co-host was Lauer until he was fired in 2017 due to allegations of sexual misconduct. On Nov. 29, 2017, Savannah was the one to break the news to TODAY viewers that Matt had been fired. During her time on TODAY, Savannah has welcomed two kids: Vale and Charles.

TODAY hosts come and go, but Al Roker, 66, has never left. Al has been TODAY’s weather anchor since 1996. The loveable weatherman is beloved amongst TODAY viewers. He also currently co-hosts the third hour of TODAY. Al has experienced major life changes while on TODAY. He underwent gastric bypass surgery in 2002 and lost over 100 pounds. He has chronicled his weight loss journey over the years. In 2019, he revealed that he had lost 40 pounds on the keto diet.

Al revealed in Nov. 2020 to TODAY’s audience that he had been diagnosed with prostate cancer. He underwent surgery to have his prostate removed and returned to work two weeks later. “I’m very fortunate. I just went to the doctor yesterday and they checked everything and everything is fine,” he said when he returned. 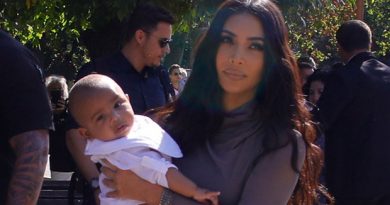