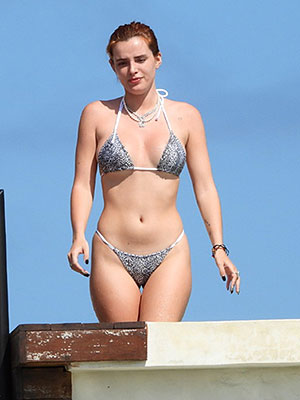 Bella Thorne sparkled in the Mexico sun in this sequin thong two piece. See her and more stars who’ve rocked sequin bikinis at the beach and beyond!

Bella Thorne, 23, was a showstopper in a silver sequin bikini! The former Shake It Up star showed off her toned physique as she rocked the sparky two-piece while on vacation with boyfriend Benjamin Mascolo, 27. The couple are staying at a private suite at the luxe O’Tulum hotel, where she was spotted catching some rays on a balcony on Jan. 9. At one point, she turned around to stretch, revealing that the string bikini was also a thong cut. The duo looked like they were having a great time as Benjamin snapped photos on his cell phone!

Cardi B brought out her sexiest bikini for a yacht party to close out 2020! The Grammy-winner, 28, celebrated New Year’s Eve in a pink sequin two-piece that showed off her amazing curves and her assets. Her husband, Migos rapper, Offset, even shared a video of his bikini-clad wife twerking on his lap. Meanwhile, Cardi took to Instagram to share a full-body snap of her holiday look on January 2. — See more stars in sequin bikinis in our attached gallery!

“This will be my last week of eating everything I want,” she wrote alongside the photo, which included the rapper’s oversized hoop earrings and a half-up, half-up hairstyle. Cardi’s caption resonated with fans alikevwho are hoping to adopt healthier eating habits in 2021.

This isn’t the first time the “WAP” rapper has rocked a glowing look. Cardi has donned sequins and similar jeweled outfits on a number of occasions — such as the silver rhinestone bikini and matching skirt (pictured above) she wore while filming a music video in Miami on December 4, 2018. Cardi even matched her signature long nails to her bedazzled outfit. Rihanna enjoyed the 2013 Christmas holiday at the beach in her native Barbados. (Photo credit: MEGA)

While bikini season seems to be a 365-day event for celebrities — sequin bikinis are a whole new level of sexy. Rihanna, of course, sizzled in this brown and silver two-piece (pictured above) that featured sequin stripes and a halter top. The “Work” singer was spotted in her native Barbados on December 27, 2013. She bared her sultry stomach tattoos and wore curly her hair down while she walked along the ocean water.

Kick off the New Year with a little sequin inspiration from Cardi B, Rihanna, Kate Upton and more stars who’ve stunned in sultry swimsuits. — Get clicking through our attached gallery for more photos! 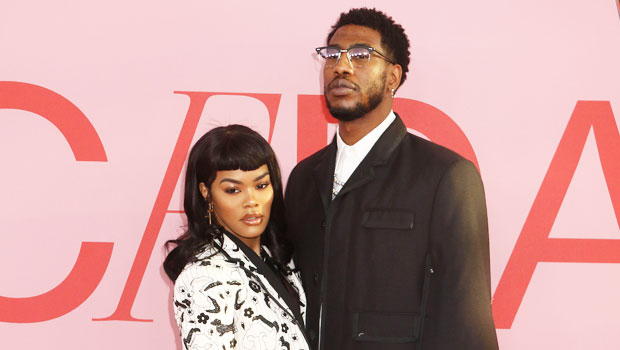