A Bench headed by CJI SA Bobde on Monday took up petitions challenging the validity of the three farm laws and those seeking removal of agitating farmers from Delhi roads.

Attorney General KK Venugopal tells the top court that farmers’ organisations had rejected various offers made by the government.

“If you have some sense of responsibility, and if you say you will withhold the implementation of laws, we will form committee to decide. We don’t see why there should be an insistence that the laws must be implemented at any cost.”

“Our intention is clear. We want an amicable solution to the problem. That is why we asked you last time, why don’t you keep the laws on hold? But you keep asking for time. We are not on the merits of the law. We are not on repeal. This is a very delicate situation.”

The CJI said it will not help the government to say that the previous government started it. “We don’t know if you are part of the problem or solution,” said the CJI.

Solicitor General Tushar Mehta said, “We are part of the solution… We have many farmers’ organisations coming to us and telling that the farm laws are progressive. Rest of the farmers have no difficulty.”

The CJI pointed out that “we don’t have any single petition before us saying that the laws are good.” He said if the laws are beneficial, let the vast majority of country tell the committee (to be set up by SC).

The CJI threatened to stay the laws if the government did not do so on its own. “People are committing suicide. People are calling names. People are suffering in cold and pandemic situation,” said the CJI-led Bench.

Whether you have faith or not, we are the Supreme Court of India.

“People are suffering in cold and pandemic situation. Who is taking care of water and food? Elderly people and women are on the ground. Why are the elderly at the farmers’ protest. We don’t want to comment on the agitation.”

The CJI proposed to form a committee and if government did not do so they will stay the implementation of the farm Acts.

“Whether you have faith or not, we are the Supreme Court of India. We will do our job,” asserted the CJI, after a lawyer said, “We have full faith in you.”

The CJI said: “We will stay implementation of the laws.”

“We want to make it clear we are not stifling the protest.  You can carry on with the protest.  But the question is whether the protest should be held at the same site.”

The CJI said: “We are doing this because you have failed to solve the problem. Union of India has to take the responsibility. The laws have resulted in a strike and now you have to solve the strike.”

Attorney General KK Venugopal opposed the stay. He cited judgments to contend that there was no violation of fundamental rights or lack of legislative competence. Venugopal asserted that farmers of other states had not joined the protests.

“Let them come and say to the committee, but don’t stay the laws,” said Venugopal.

“All areas on which they are not agreeing with the Centre can be resolved by judicial orders. The objectionable parts of law can be stayed.”

The CJI said it was for the police to deal with the situation not the court. Courts cannot restrain peaceful protest. They cited Mahatma Gandhi’s satyagraga.

The CJI said: “We want to ensure no violence or blood bath in the streets. If somebody breaks the law you take action. The court would not break any violence.”

The CJI said: “We should not be understood that we are protecting any law breaker. If someone breaks the law, they will face the consequences sequences. We are not encouraging breaking of law. We propose to pass this order to prevent loss of life and property.”

As Venugopal vehemently opposed any stay, CJI Bobde said, “We are still thinking. It’s equally effective if we stay the implementation of the law without staying the law.”

“We can always a stay a legitimate executive action under a law,” insisted the CJI.

“Who shall be held responsible for any bloodshed?” asked the CJI, asserting that the court had a bounden duty to protect citizens lives and properties guaranteed under Article 21 of the Constitution.

Salve, representing a Delhi-resident, said the court should have an assurance from farmers’ unions that they would go to the committee if the farm law was stayed.

Senior advocate Dushyant Dave, representing farmers’ unions, said he needed to take instructions as there were 400 farmers’ bodies involved in the agitation.

“Don’t create an odd situation where the unions went to the government, but won’t go to the committee,” the CJI told Dave, who sought a day’s time to respond.

Salve cautioned the court against the possibility of protests getting scaled up to demand repeal of the laws following stay on their implementation.

On behalf of the Delhi government, advocate Rahul Mehra said it was the ego of certain governments, which was not allowing a fair dialogue.

Senior Advocate Colin Gonsalves appeared for some farmers’ unions. He said: “The unions had appointed a committee of four lawyers, which had Dushyant Dave, Prashant Bhushan, HS Phoolka and me. All of us will go back and consult unions and take a stand on this.”

“If not cold, farmers are in danger of covid. If we stay the law, there is no need for farmers to be at the site, said the CJI, citing the ensuing Republic Day.

He asked senior advocate HS Phoolka and other lawyers to persuade them to go back. “At some time, we might say in the order that old people and women need not be there in the protests.”

The hearing is still underway. 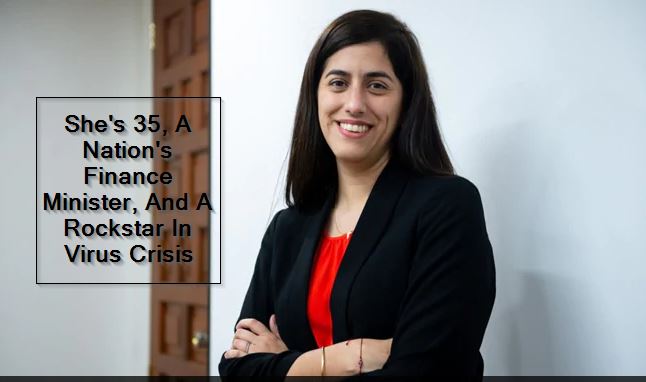 She’s 35, A Nation’s Finance Minister, And A Rockstar In Virus Crisis 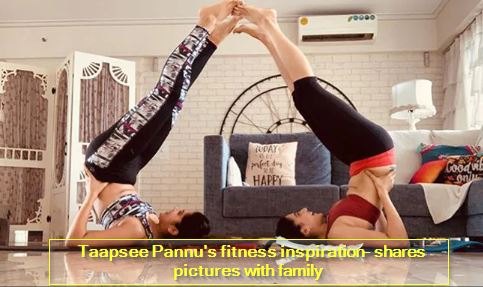