She is called a style icon. Some admire and imitate her, others envy. One way or another, the tale of Cinderella, who married a handsome prince, became a reality in her life. January 9 Kate Middleton celebrates her birthday. Let’s see what is special about the Duchess of Cambridge and why people like her. A girl from a good family

Kate literally flew into the palace. The fact is that her parents are former employees of British Airways: Michael Middleton worked there as an air traffic controller, and Carol as a flight attendant. At first, the staff of the palace made fun of Kate, depicting the sound of an airplane taking off, thereby hinting at her origin. Even the root of her last name (middle) serves as a reminder of the middle class of Kate’s family. On the maternal side, there were miners, builders, bakers, butchers in the family. However, on the paternal side in the pedigree there are viscounts and baronets – there was even a kinship with King Edward III, even if the seventh water is on jelly. And later it turned out that the Middleton clan has common ancestors with George Washington. Of course, this is a very, very distant relationship, but nonetheless.

That all changed when Kate’s parents decided to launch their own business, Party Pieces, a party decor company. According to Carol, the kids always helped them with Michael: Kate was in charge of the birthday accessories, Pippa blogged the firm, and James came up with the idea for the photos on the birthday cakes. Girls were often used as models for catalogs. In addition to a successful business, the Middletons received a considerable amount of inheritance from the successful entrepreneur Francis Lapton, a relative of Michael, and this provided them with a comfortable life. When Kate was eleven years old, she played in the school play “Pygmalion” Eliza Dolittle. A poor saleswoman, who pulled out a lucky lottery ticket and got into high society, Kate in some way repeated the fate of the heroine of the play. In the play, she even had solo vocal parts (they can be found on YouTube). She did not become a vocalist, but she succeeded in the role of the duchess. In pre-palace days, Kate worked as an assistant purchasing manager at the London Jigsaw store. But not for long – just a year. Then she became passionately interested in photography and … Prince William. More precisely, their acquaintance happened even earlier: Kate and William studied together at St. Andrews University and, together with a group of friends, rented a house for living. For the first time, William saw Kate at a charity fashion show, where the future duchess paraded in a translucent dress. By the way, later it was sold for £ 65 thousand. The couple converged and parted several times, and only in 2011 the royal wedding took place, which is still considered the most expensive in royal history. It’s royal etiquette that you can’t just pick up and send a gift to Kate. So, Kim Kardashian once from the bottom of her heart sent the duchess a pair of shoes of her own design for her thirtieth birthday. She named this model “Duchess” and recorded a video congratulating the birthday girl. But, alas and ah, the shoes were sent back: the prince’s wife cannot accept personal gifts. A wedding is another matter – for example, Boris Johnson, then mayor of London, sent the newlyweds a bicycle with double seats, a symbol of love for sports and a lasting family tandem.

Kate received another unusual gift without knowing it. The owner of the “Queen of England” pub (by a lucky coincidence, the pub is located near the hospital where Kate gave birth to her children) after the wedding of Kate and William, renamed his establishment “The Duchess of Cambridge”.

Jack of all trades

Despite the fact that the royal family has a personal chef, Kate loves to cook herself. She even completed cooking courses at a renowned London school. They often cook pizza or pasta with their children. According to Kate, children like the process more, because it is almost the only opportunity to get dirty from head to toe in flour. Like many mothers, Kate pampers her little ones with homemade birthday cakes and admits that she decorates them until midnight. Kate tested her culinary skills on her first Christmas in Sandringham when she presented the Queen with a jar of homemade chutney sauce. Kate herself loves curry, unlike Prince William, who does not like spicy dishes. But the spouses are united by love for sushi and sashimi. Also, the Dukes of Cambridge adore the baked chicken, which is often cooked in the palace. Kate taught herself to get up at dawn and immediately dive into the pool or go jogging in the park. In addition, she enjoys cycling. Such vigorous exercise helps burn calories, but Middleton still monitors his diet.

For breakfast, Kate prefers kale, spirulina, spinach, green tea leaves, and coriander smoothies. The Duchess also loves oatmeal. She has practically given up sugar and only allows herself a small piece of cake at special events. She has goji berries and almond milk smoothies as a snack. Kate does not consider herself a vegetarian, but tries to cut down on meat, preferring fish. K alcKate is barely indifferent – except for a glass of white wine at dinner or a pint of Guinness in a pub.

To look fresh and beautiful, the mother of three uses rosehip oil – it helps to get rid of dark spots, has anti-inflammatory properties and soothes the skin. They say that after it became known that Kate was using this tool, its popularity rose sharply, and at first a bottle of rosehip oil was bought every 20 seconds.

It is known that the duchess does her makeup herself, and before the wedding she specially took several lessons. And, of course, remember Kate’s magic curls. According to the Duchess’s stylist, styling her hair is not easy: it requires thirteen special brushes, seven combs, two hair dryers and three types of curling irons. And it seems that the styling is very simple and natural … By the way, Kate’s photogenicity also has a secret: the Duchess rarely looks directly into the camera. In addition to the fact that Kate is almost always successful in photographs, she herself photographs beautifully. All official pictures of the children are the work of the Duchess of Cambridge. It was she who set the trend for live pictures, not wanting prim family photos, as from the archives of the royal library.

Keith is an honorary member of the Royal Photographic Society. Not so long ago, the Hold Still photo exhibition took place, where she acted as a curator and member of the jury. Out of 31,598 photographs reflecting the spirit of the British during the pandemic, a hundred were selected – these images were exhibited at the National Portrait Gallery. All the pictures show scenes from everyday life of the British: home hairdressers during a lockdown, hard work of NHS employees, video conferences of grandmothers with their grandchildren, postmen in superhero costumes – the photo exhibition turned out to be very touching and emotional.

Kate’s story is not just the story of a girl from a typical (albeit not poor) English family who, on a whim of fate, ended up in a palace. Despite her title, Kate remains as simple and open as she was before she became a duchess. She did not have to win the love of the British for a long time, she was immediately accepted and loved for her sincere smile and warm look. 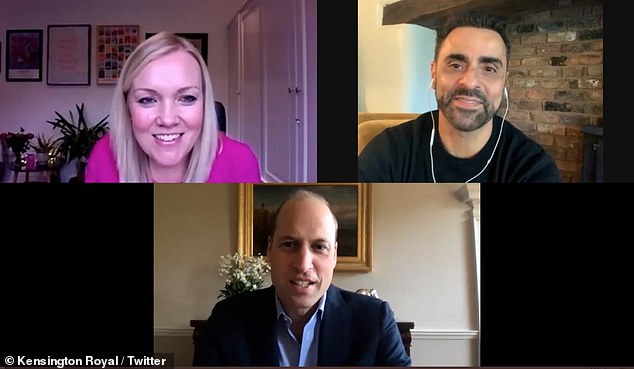 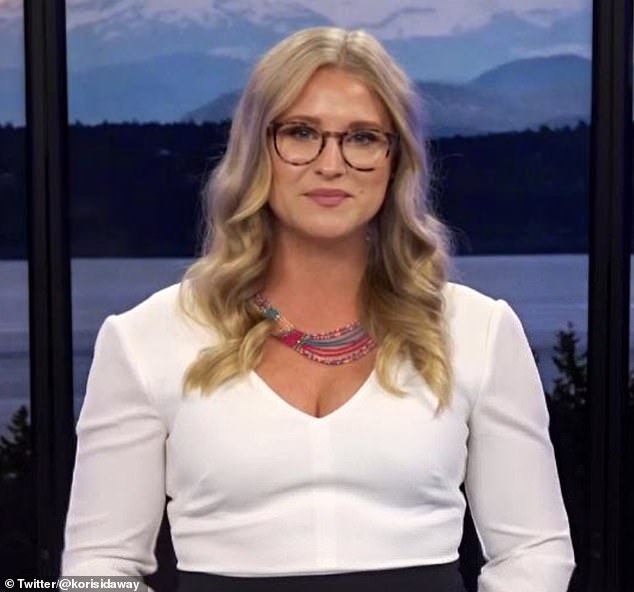 Cat falls through the roof of a bar in Krasnodar, Russia