Dubai: Karolina Pliskova of the Czech Republic is not too perturbed with the way she ended her season last year. A former world No. 1, the 28-year-old feels she has all the elements to be at the top of the women’s game heading into this week’s Abu Dhabi WTA Women’s Tennis Open.

Pliskova made it to the top of the world rankings in the middle of July 2017 while holding on to the number one spot for eight weeks. Though currently ranked No.4, the lanky Czech girl has managed to maintain her form while ending in the top-10 continuously since late 2016 – the same year she lost at the US Open to Angelique Kerber in her only Grand Slam final.

At best last year ended on a mixed note. Pliskova started off at the Brisbane International with wins against Ajla Tomljanovic, Alison Riske, Naomi Osaka and Madison Keys to successfully defend her title. But she disappointed at the Australian Open after losing to Anastasia Pavlyuchenkova in the third round.

In Dubai, Pliskova easily set aside Kristina Mladenovic and Laura Siegemund before falling to eventual runner-up Elena Rybakina in the quarter-final. In her next tournament in Doha, Pliskova advanced to the second round to end at world No.3 before the pandemic brought everything to a halt.

After the re-start, Pliskova managed to make it to the second round in the two tournaments she competed in, the Western & Southern Open and the US Open.

However, since then things have changed for the big-serving Czech as she has joined forces with new coach Sascha Bajin during the off-season with an eye on at least replicating her Week One success from 2020. Bajin has formerly worked with some of the top players including Serena Williams and Naomi Osaka.

“I feel I have had a solid six to seven weeks of pre-season and now I need the time to get my rhythm back. I have not played for five months and that can be tough as well,” Pliskova told media as she reflected on the season before her.

“Staying in a bio-bubble is perhaps not the easiest. But I have learnt that I need to be appreciative of a lot of things in life. I don’t want to complain about rules and tournaments. We shouldn’t be complaining as I can still do what I love to do no matter how my results go,” she added.

Pliskova is pleased with the way things have been on-court following the arrival of Bajin. “I think it is too early to judge something, but during the past few weeks he has been putting in everything possible to make me feel at my best. I cannot say everything about it now as I don’t want to be in heaven. Let us wait and see how things work out during the season,” Pliskova related.

Having been at the top of women’s tennis, Pliskova felt that she is now in a much better position to take decisions that affect her life both, personal and as a professional.

“One thing for sure is that he [Bajin] has had success with many players. He knows how to be in a big team. He is super positive and there are lot of positive people around him as well, and that’s what I need. I am trying to find the right sort of people who put their entire heart into what they do. I feel Sasha is one of them and I am sure he will put his heart while he is in my team,” she confided.

“It’s not always easy to take those big decisions. So, at some point I go by my feeling. In the past I have not taken any bad decisions. Every time I have had a new coach I have played okay as I still believe that most of the success on court lies in me and not just on the coach. The coach is there to make me feel better and confident,” Pliskova added.

Seeded No. 3 in Abu Dhabi, Pliskova will open against Sorana Cirstea of Romania in their first singles encounter since 2017 Beijing. The first seed the Czech could potentially face is 16th seed Donna Vekic, who also roped in a new coach in Sam Sumyk late last season.

“I think that I am concentrating on both my weaknesses and my strong points while on court. The idea is to get a little better each time and ensure the weaknesses are not as weak as they were the previous season. I have to also see what is working and what is not and look at ways to improve,” Pliskova related.

“Last year everything was tough for everyone, but now we know what to do. At the moment, the mindset is to play everything possible before the Australia Open with the hope that this season is better than last year,” she added. 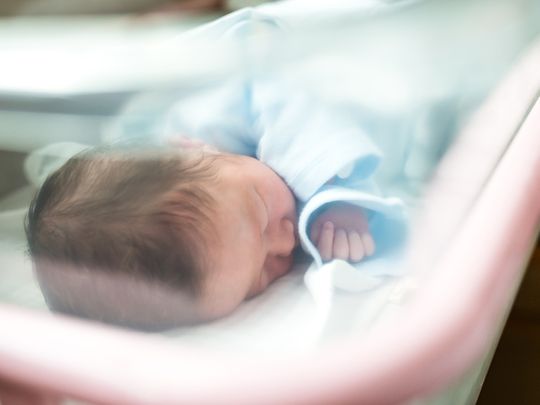 COVID-19: Frontline heroes in the UAE to get housing support and discounts on travel, entertainment