Actor Anil Kapoor seemingly confirmed that rumoured couple Tiger Shroff and Disha Patani are, in fact, dating. Anil made the revelation on The Kapil Sharma Show.

Tiger and Disha, who’ve worked together in Baaghi 2, have been rumoured to be dating for several years. They fuel speculation with their regular vacations together, and frequent public appearances with each other.

On The Kapil Sharma Show, Kapil asked Anil which Bollywood actor’s diet he’d like to steal. He immediately named the very fit Tiger, but said that he hasn’t worked with him yet. “Lekin uski jo woh hai na (But his girl) Disha Patani, I have stolen her diet,” he added. Anil and Disha worked together on Malang.

Neither Tiger nor Disha has ever confirmed their relationship. In August 2019, taking part in a Q & A session on Instagram, Tiger had said that he was not worthy of dating her. A user had asked: “Are you dating Disha?” Tiger had replied, “Meri aukaat nhi hai (I am not worthy of it).”

Around the time of the release of her film Bharat, in an interaction with Bollywood Hungama, Disha was asked: “Why don’t you both accept your relationship? People love you both as a couple.” Replying to the question, Disha had said: “I’ve been trying for so long, it’s been so many years and I’ve been trying to impress him. Now I’ve done this film Bharat where I’m doing all these stunts and I thought maybe he’ll get impressed but no luck. Yeah, we go to eat but that doesn’t mean he’s impressed… but he likes everybody’s pictures like that. You must speak to him the next time. He’s shy and I’m shy so nobody’s breaking the ice.”

Tiger and Disha had gone to the Maldives for vacation together twice in 2020. But neither of them posted any pictures with each other. 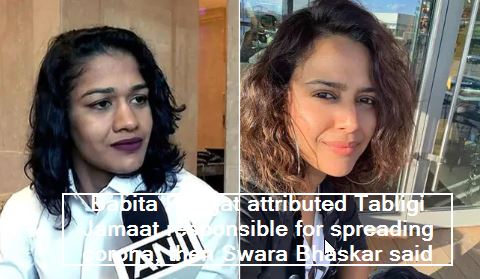 These are the best scenes of Sushant Singh Rajput’s Dil Bechara, Photos