WASHINGTON – Eleven senators announced this Saturday that they will oppose the ratification of the victory of the president-elect, Joe Biden, during the session of United States Congress programmed for that purpose, which will force a vote on the result of the november elections.

The maneuver of the eleven senators, including the Texan Ted Cruz, is doomed to failure and will not be able to prevent Congress from ratifying Biden’s victory in the session scheduled for next January 6, but it will ensure a long debate and a vote on the triumph of the president-elect.

In a joint statement, the eleven senators explained that they will oppose the certification of the results until a 10-day audit is carried out.

“Congress should immediately appoint an electoral commission with full authority to investigate and determine the truth of the facts with the objective of conducting a 10-day emergency audit of the electoral results in the states in dispute,” they stated.

Your announcement is in addition to the one you already made this week Josh hawley, the first Republican senator to communicate that he would challenge Biden’s victory in support of the outgoing president, Donald Trump, who does not acknowledge his defeat and alleges without proof that there was fraud.

140 Republicans in the House of Representatives

On January 6, both houses of Congress will meet to put the final seal on the results of the elections, and it is only enough for one member of the Lower House and another of the Senate to oppose the counting of electoral votes in a state so that they can challenge him.

Some 140 Republicans in the Lower House, such as Congressman Mo Brooks, have said they plan to challenge electoral votes in some key states, according to CNN, which cites two Republican sources in the House of Representatives.

Thus, Trump already has allies in both houses to force a vote on the victory of his opponent.

However, to invalidate the result in one or more states, a vote of both houses would have to be passed, something that in practice is impossible because the Democrats, Biden’s party, control the Lower House.

The January 6 session of Congress is the last step in the process of certifying the electoral result, and will give free rein to Biden’s arrival to power on January 20.

Therefore, the maneuver that day will be Trump’s last chance to interfere in the election result, a strategy that many have compared to an attempted coup.

Trump has filed dozens of unsuccessful lawsuits to challenge the outcome without evidence in several key states where Biden won, and has also pressured state officials to manipulate the American vote.

Biden’s victory became definitively official on December 14, when it was confirmed by the US Electoral College, and it was then that Republican leader Mitch McConnell recognized the Democrat as president-elect.

But Trump remained steadfast in his defiance of the election result, which has deteriorated his relationship with McConnell, who hoped to avoid the Senate debate on Biden’s triumph that a dozen Republican senators now plan to unleash.

While there is no prospect that voting in Congress will change the outcome of the election, it will force every Republican lawmaker to stand for or against Trump’s battle against the vote, a final test of loyalty that he promises to fill with tension to the party.

Additionally, thousands of Trump supporters, including members of the far-right group Proud Boys, plan to demonstrate in Washington on January 6 to support the outgoing president. 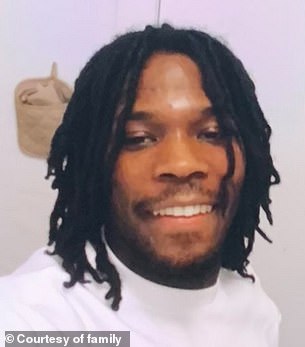