Dubai: Hundreds of Indians working in Saudi Arabia and Kuwait, who have been stranded in the UAE due to airport closures in those countries over the new COVID-19 strain, are waiting to fly to their countries of residence from next week.

Several passengers to the GCC countries were stranded in the UAE when those countries closed borders and stopped air travel on December 21, to curtail the threat of the mutant coronavirus.

Though flight services have resumed, most of these passengers, mainly blue-collar workers hailing from Kerala, have to wait for at least one more week for their onward flights since ticket fares have shot up, the stranded passengers told Gulf News. They said very few would be able to fly this week.

Thanks to the extension of UAE tourist visas announced by His Highness Sheikh Mohammed bin Rashid Al Maktoum, Vice-President and Prime Minister of the UAE and Ruler of Dubai, they could manage to reschedule their tickets from January 10 onwards, some passengers said.

Mujeeb Ahsani, an office boy in Riyadh whose original ticket was on December 26, said he managed to get his flight rescheduled to January 10 soon after the news about Saudi Arabia resuming flight services came out. He said the Dubai-Riyadh ticket that he had booked from India had cost him Rs26,500 (Dh1,331.50). “But, now it is Rs51,000. I will have pay double the money. So, I booked for 10th for the same old rate.”

“When the UAE government extended the visa for free, we were happy that we could stay for a little more time and see if flight services would resume soon though we were worried after hearing some rumours that Saudi won’t reopen the airports for three months. We are concerned about the delay but still we are very happy that we have been given such big support here,” he said, thanking the UAE leaders and the community groups that have sheltered the stranded compatriots.

Suneer P.K, a driver in Kuwait whose initial flight was on December 23, however, said he and four other friends had to shell out Rs11,000 each for rescheduling the flights to January 12. This was in addition to the Rs38,000 which they had paid for their previous tickets.

“The fares are very high now. If we want to fly soon, the ticket rate will be Rs49,000. We don’t want to trouble anyone for long. So, we decided not to wait till January 20 when the airline is offering the old rate,” said Suneer.

How they got stranded

The Indian passengers, who came over to the UAE on tourist visas, were to fly onward after spending 14 days of quarantine here since direct flights from India to those countries of residence are still not allowed during the COVID-19 pandemic. In an attempt to reach their work places at the earliest, they had taken special “Dubai quarantine package,” which includes the cost of food and accommodation during the quarantine period and the onward ticket fare.

The quarantine here was mandatory because Kuwait and Saudi Arabia do not allow entry to passengers who have been in several countries, including India, in the past 14 days. These passengers are also required to undergo PCR test in the UAE and carry COVID-19 negative report to their destination countries.

Seeing their plight after being caught unawares about the sudden airport closures, they were provided free accommodation and food by two Indian expat community groups here. The Indian Cultural Foundation under the Dubai Markaz Centre and the UAE Kerala Muslim Cultural Centre (KMCC) arranged food and accommodation in Dubai Investment Park and Ajman respectively. Dubai-based construction firm Aasa Group has rented the worker’s accommodation in DIP for ICF while KMCC has been allowed to shelter them in a building under the UAE Ministry of Health and Prevention that was previously used for isolating COVID-19 patients.

Neeraj Agrawal, consul (Press, Information and Culture) at the Indian Consulate in Dubai, said officials from the mission had visited the accommodations provided to the stranded Indians. “We had reached out to them and offered all possible support from our side also. Till Friday, there were around 550 people, 300 under KMCC and 250 under ICF.”

He said the consulate appreciated the efforts of the volunteers and committee members of both the community groups for taking good care of the stranded compatriots.

Advocate Ibrahim Khaleel, acting general secretary of Dubai KMCC, said the number of stranded passengers sheltered in Ajman stood at more than 400 on Sunday. “We are getting in touch with airline authorities to request them to consider giving priority to fly these stranded workers soon for the same rates for which they had booked their original tickets,” he said. 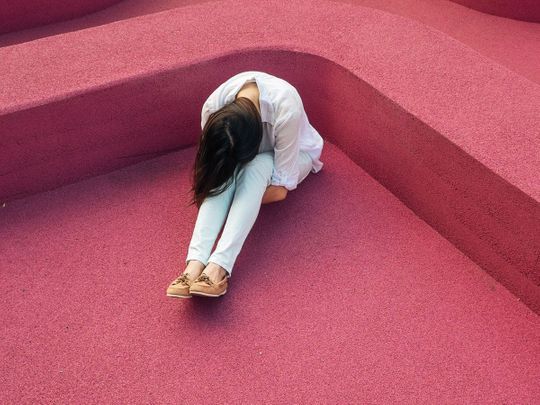 Why Worry: ‘COVID-19 killed my father. How do I explain death to my kids who were very close to their grandpa?’