Hikers traveled from as far away as Kent, Southampton and Solihull, the force revealed on Twitter.

Long queues of cars snaked through the popular walking spot and nearby carparks appeared jam-packed as eager revellers took to the outdoors on the first day of 2021.

Police officers have slammed ‘selfish’ Tier 4 tourists who traveled up to 270 miles to climb Snowdon in Wales – in breach of lockdown rules. Pictured: Officers in Snowdonia Members of the public enjoyed their New Year’s Day walk despite the cold, rain and snow flurries in a busy Richmond Park

All of Wales is under Alert Level 4, the harshest set of lockdown restrictions imposed by the country’s devolved Government and equivalent to England’s Tier 4.

The top tier limits travel into Wales to essential only – such as for work – meaning travelling from England for a walk is against the law.

The Welsh Government also encourages exercise to ‘be done locally’.

People under England’s highest-tier lockdown can only leave their Tier 4 area for essential reasons – such as for work or medical care.

Exercise outdoors is permitted under the rules, but this must be done alone, within a household or with one other person – if social distancing is maintained. 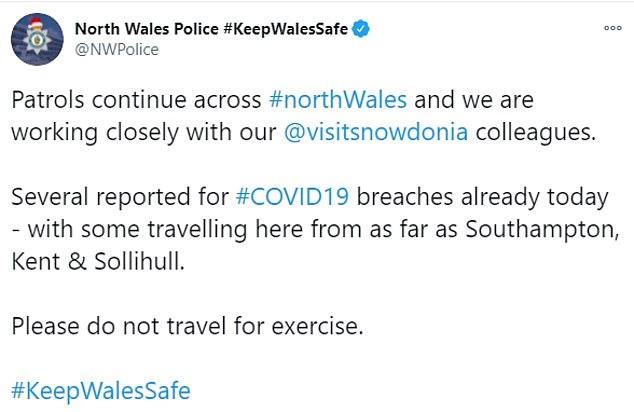 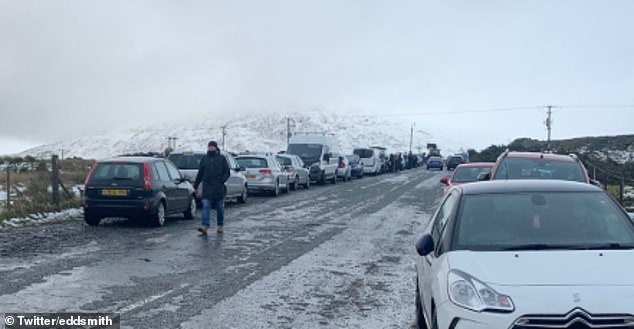 All of Wales is under Alert Level 4, the harshest set of lockdown restrictions imposed by the country’s devolved Government and equivalent to England’s Tier 4. Pictured: Cars parked in Snowdonia as visitors flocked to the beauty spot

Southampton is around 240 miles from Snowdonia and Solihull, in the West Midlands, is 120 miles away.

North Wales Police wrote on Twitter:  ‘Patrols continue across North Wales and we are working closely with our colleagues.

‘Several reported for Covid-19 breaches already today – with some travelling here from as far as Southampton, Kent and Sollihull.

‘Please do not travel for exercise.’ The top tier limits travel into Wales to essential only – such as for work – meaning travelling from England for a walk in against the law. Pictured: A police car stationed in Snowdonia

Snowdonia National Park’s Twitter page issued a similar warning on December 28, writing: ‘Although the snow does look pretty on the mountains the current Welsh Government guidelines say people should only travel if it’s essential’ The account issued a similar warning on December 28, writing: ‘Although the snow does look pretty on the mountains the current Welsh Government guidelines say people should only travel if it’s essential.

‘No journeys of any significant distance should be taken, for example, just in order to exercise in the countryside or at beauty spots.’ Many used the Bank Holiday as an opportunity to get some fresh air. Richmond Park in London was a popular spot

Earlier this week, hikers from different households in England travelled more than 75 miles in a minibus together to climb a Welsh mountain.

Police said the walkers were from mixed households and had travelled from Cheltenham to South Wales for a hike.

Under Level 4 restrictions, nearly all people are banned from mixing with other households both indoors and outdoors and travel into the country for non-essential purposes is banned.

On the Welsh Government’s website, a Q&A section asks: ‘I do not live in Wales, can I travel to Wales for a holiday or to visit family and friends?’

The answer states: ‘Travel is limited to essential travel only when alert level 4 restrictions are in place, for example travelling for work purposes or to return home.’

The hikers’ minibus was one of more than 300 vehicles parked at the foot of Pen-Y-Fan mountain in the Brecon Beacons, which had received a dusting of snow. An intensive care doctor has hit out at crowds of people visiting the Brecon Beacons despite Wales’ nationwide lockdown. Pictured: Cars parked below Pen y Fan, the highest mountain in southern Britain

Pen-Y-Fan is the highest peak in south Wales and popular with visitors wanting to reach the 2,907ft summit.

Police said they issued fixed penalty notices for ‘blatant’ breaches of lockdown rules and many other visitors had turned away.

And while Dr Hepburn, a consultant in the Royal Gwent Hospital in Newport, said he could understand why people want to visit beauty spots, he warned it was in most cases against the rules.

He added that it was still unclear what impact Christmas had had on case numbers.

‘All the hospitals across the health board are now very, very full,’ he told the BBC.

‘In terms of the intensive care unit actually where we’re managing to sort of hold our footprint, and we haven’t exploded, you know we haven’t burst our banks as yet.

‘But we’ve still got quite a lot of time to go before this pandemic is under control, so really anything could happen over the next month or so.’ 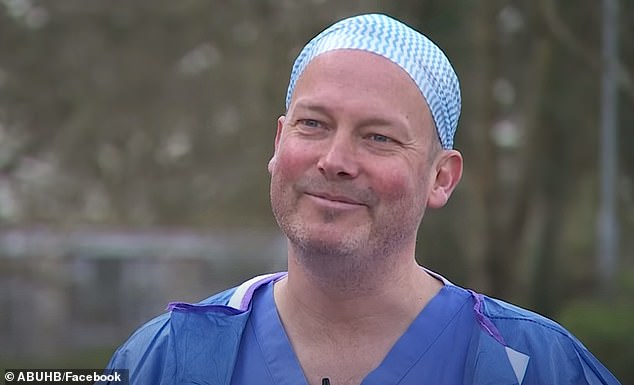 Dr Hepburn, a consultant in the Royal Gwent Hospital in Newport, said he could understand why people want to visit beauty spots but he warned it was in most cases against the rules

He added: ‘We don’t want to lose any more friends, loved ones, neighbours. I don’t want to watch anyone else die from this cruel disease, and I’ve done that more than I can count.’

Dr Hepburn was himself ‘wiped out’ by coronavirus in March, leaving him bedridden and asleep for up to 18 hours a day.

Wales has been in a nationwide Level 4 lockdown since 20 December, with restrictions also tightened for Christmas Day.

The rules state that people must not visit other households, or meet other people they do not live with. Wales has been in a nationwide Level 4 lockdown since 20 December, with restrictions also tightened for Christmas Day

Travelling is only allowed for essential purposes, such as for work and for caring responsibilities. International travel is also not allowed.

People are still allowed out of their homes to exercise, for unlimited times and periods each day, and exercise should start and finish at your home.

Inspector Andrew Williams said: ‘We are carrying out high-visibility patrols at Pen y Fan and engaging with people to remind them of their responsibilities to adhere to Welsh Government lockdown restrictions.

‘There are a couple of hundred vehicles in the area.

‘Officers have spoken to one man who had driven from Hertfordshire to walk up the mountain, while a minibus of people from mixed households had travelled from Cheltenham.

‘Fixed penalty notices have and will be issued to those blatant breaches where engagement fails, but the vast majority of people are listening to advice and when they are turning up and seeing RPU vehicles at the site, they are turning around and going home – which is the objective of our high visibility patrols.’

Aled Davies, the Conservative deputy leader of Powys County Council, said he was ‘not angry… just disappointed’ to see people driving out to the rural areas of south Wales.

Mr Davies said: ‘I can understand why people want to get out into the fresh air’ but that ‘the rules are very, very clear around this’. 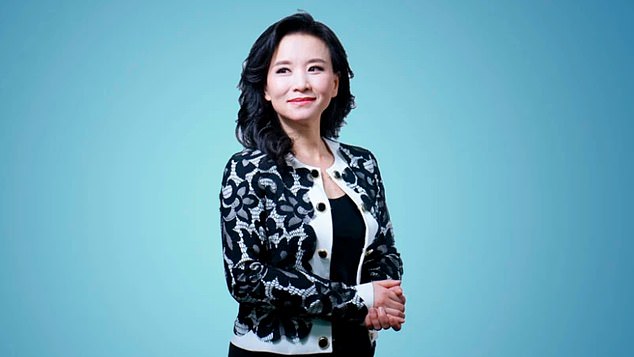 Couple who are STEP-SIBLINGS divide TikTok with their bizarre videos